Model Trains and Christmas Go Together 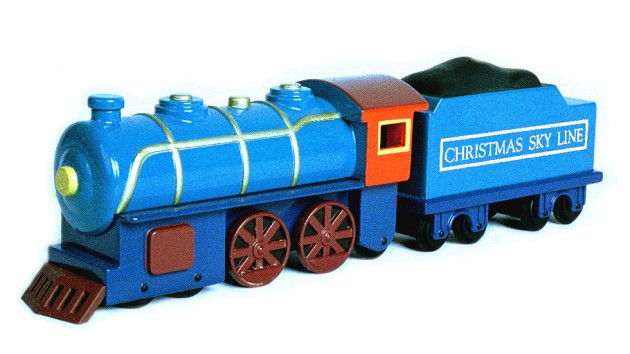 Do you and your family do anything special at Christmas time that is related to model trains? Many modelers have fond memories of getting their first train set as a Christmas gift. In fact, the Land’s End catalog has had two articles this past year on trains at Christmas time and gave away a model train set as a prize for the most interesting Christmas memory, which was also about trains. Garrison Keillor’s piece on “The Dangers of Christmas” lists “the danger of wanting something too much and therefore making it impossible.” He says, “I, for example, would love very much to receive a particular Christmas present that I can’t reveal because it’s too dumb. I remind myself every year not to want it too much, but I do, and I never get it. A man my age can’t simply walk into a store and buy a model train set for himself, people would talk and one day he’d come home to find an attorney in the living room, who would tell him that his financial affairs will hereafter be managed by his nephew Vince.
“I keep saying to myself, ‘I honestly don’t care if I get it this year or not,’ but that’s not the truth, and I know it.”

Now, we can all take this as a warning, especially if we have a nephew named Vince. Or we can tell Mr. Keillor that he really is allowed to be his own Santa, if by any chance this really broad hint is not picked up by any of his friends or relatives, in which case I believe he should be given an honorary membership in the NMRA, just for promoting the hobby.