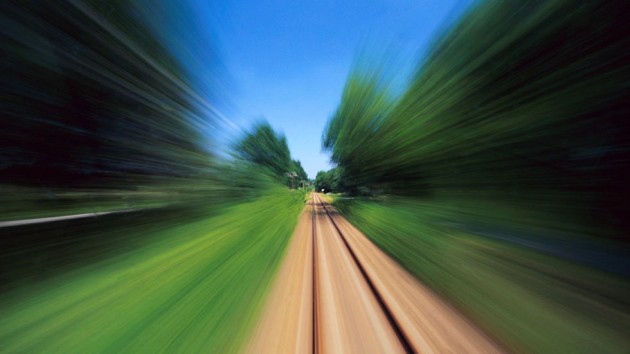 Anyone involved in model railroading will find themselves involved in imagineering in a whole variety of ways as they work their way through the different facets of the hobby. Those hobbyists who choose to model other than prototype will find more opportunities than those bound to historical fact. Nevertheless, opportunities will exist on both fronts. Limitations of space or funding should not limit your imagination or inhibit your thinking. Experience has shown that an awful lot of modeling and operating can occur in a fairly constricted space. By the same token, an awful lot of modeling can be accomplished in a very short period of time and with little or no expenditure of money.

It is important to determine as early as possible who and where you are. What are your priorities? When is your railroad operating and where? Research your era and determine what the buildings look like, what clothes the people are wearing, what the preeminent industries were and how they were being services. In general, become as familiar as you can with that particular place and time. Even if you choose to build your own imaginary railroad in a fictitious location, it should be based on the reality that existed at that particular place in time.

Name your railroad using some of the same logic that original founders used to name the Westside Lumber Company and the Denver South Park. The “Shelter Bay Railway” came about because the pike is built in a bomb shelter and because I wanted a lumber schooner sitting alongside a wharf as a primary focal point. Any logic set will suffice in establishing a name for your railroad, but again use your imagination.

If you decide on a fictitious railroad, take the time to develop a history for that railroad. The history should include the founders, the reasons for its existence, historical high points such as expansions to new communities, acquisitions of specific equipment that have some significance, and lots of dates. If you can include a few facts that can be documented and somehow made to play a part in your history, the whole scenario becomes more believable. Start with the day that you were originally chartered and work your way forward to the day in history that you plan to model. Remember that whether you model prototype, freelance, or a combination of both, your history will lend credibility and allow you to do any number of logical things in the future.

As you’re doing these things, begin to plan the actual layout and do scale drawings. The concepts behind your railroad will dictate the direction your plan takes as much as the available space will. Do not get in a hurry to start building. The more times you redraw or adjust a track plan, the better the final product will turn out. Call on other experienced modelers to critique your plan. It is much easier to redraw a track plan than it is to rebuild benchwork and reconfigure track that is already in place. You can’t spend too much time in the planning phase or exercise your imagination too much. As your track plan evolves, consider the places and industries you serve, the natural environment your trains will go over and under and through. The names of these places, like real places, might reflect the people you know, both family and friends. Larry Long’s “Missouri Valley” railroad is a good example of a railroad that embraces the names of his children and many of his friends. The more you operate on this railroad, the more familiar and acceptable these places become.

Many railroads had logos and this is a area where you can really have fun. There was every conceivable shape imaginable, some with a lot of reason behind them and others that were simply distinctive looking. Color schemes for motive power and rolling stock can also be very distinctive. Once you have established a name, a logo, and a color scheme, you can make your own decals or dry transfers and your railroad begins to take on its own personality. Ron Morse’s “Forks Creek and Central” sports red roofs and red tenders. George Filkins and Joe Robertson have their own beautiful color schemes which are very distinctive. 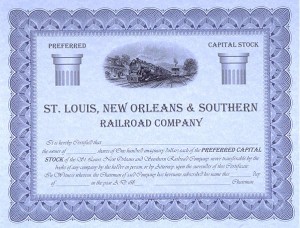 All railroads issued passes which allowed people to ride trains free of charge if they happened to be issued a pass for a given year. The Missouri Valley and the Shelter Bay Railway also issue passes. In fact, there are quite a large number of model railroaders who trade their passes back and forth. These modelers use the pass exchange to share with one another aspects of the hobby they specifically are involved in. Model railroaders communicate on corporate stationary mailed in corporate envelopes sealed with corporate seals. In the near future, the Shelter Bay Railway will be issuing stock certificates in 100 share increments to perspective stock holders which is a little unusual.

The subject of imagineering as it applies to model railroading seems a bottomless well. In the future these fictional railroads will have their own train orders, train warrants, cloth patches, T-shirts, and all of them with corporate logos and color schemes. One fellow we all know has been in the hobby for thirty-six years or more, and because of his active imagination continues to find more ways of doing things and more things to do than your can believe. So use your imagination and, by all means, have fun.