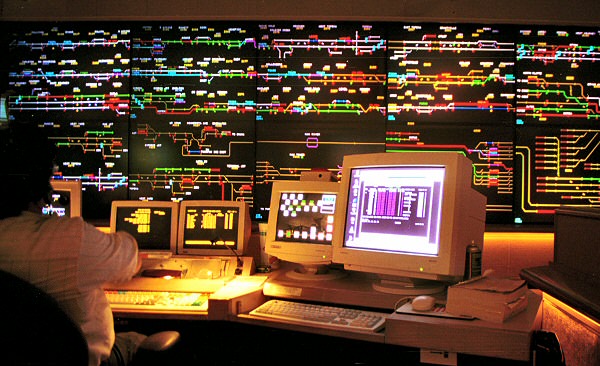 These photos inside the Union Pacific Harriman Dispatch Center were taken during the Mid-Continent Region’s Omaha regional convention. The Harriman Dispatch Center is within an 1891 Union Pacific freight depot that was converted in the early 1990s to the dispatch center and administrative office housing around 800 employees. Union Pacific dispatchers (above) work in a steel-reinforced concrete bunker within the building. The 24-inch thick walls, and steel security entrance, are designed to withstand a direct tornado strike.

The Southern Pacific dispatchers (below) work on a second floor built on top of the bunker. 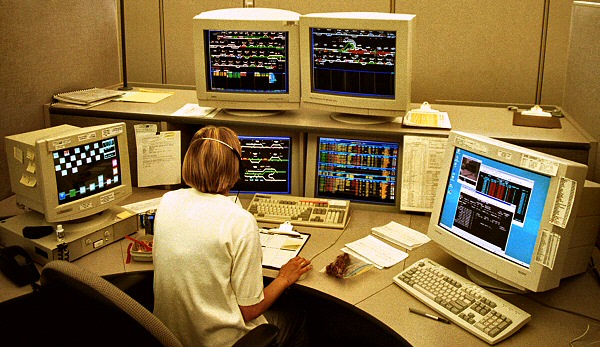 [Update] The dispatch center has been remodeled since these photos were taken.