My goal with this layout was to create a “big time railroading” feel in only 4’x6′. I wanted lots of switching possibilities, a downtown city look, and continuous running. I used large city buildings and the angled streets to divide this layout into separate scenes without the need for a scenic background divider. And the tangle of facing and trailing point sidings, and multiple crossings, give the “big time railroading” feel. And the division had five already donated buildings (Dept. Store, Bank, Station, 5&10 Store, and Railway Exchange Tower) that they wanted me to design in somehow. 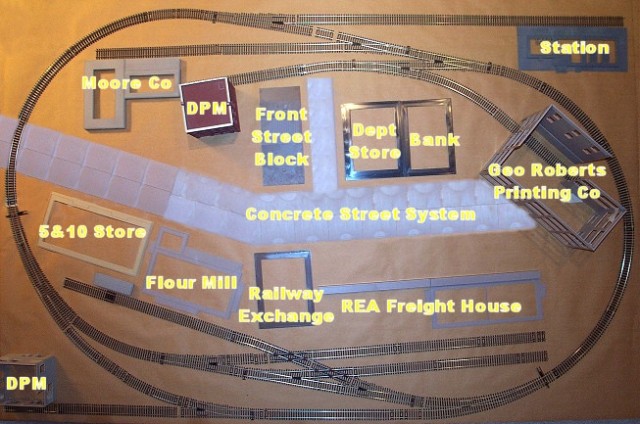 Track pieces and building foundations laid out on a sheet of paper to prove the design.

Since this was going to be a tight fit, I tested the design using the foundations of the buildings I wanted to use and actual track sections. Two curved turnouts had to be used to include the runaround track while still keeping the layout under 4×6-feet. The continuous run loop was set at an angle to make the layout appear larger. This layout was constructed with Atlas Code 83 sectional track and two Walthers code 83 curved turnouts. The wide selection of pieces available in the Atlas and Walthers track lines allow great flexibility in design.

I drew the exact placement of the street, buildings and track on the extruded foamboard used as the layout’s base. The track was assembled and attached. The foamboard was painted with an earth-color home latex paint. And the street system kits (a major “structure” by itself!) were assembled and painted. Asphalt drives were painted a deep gray. 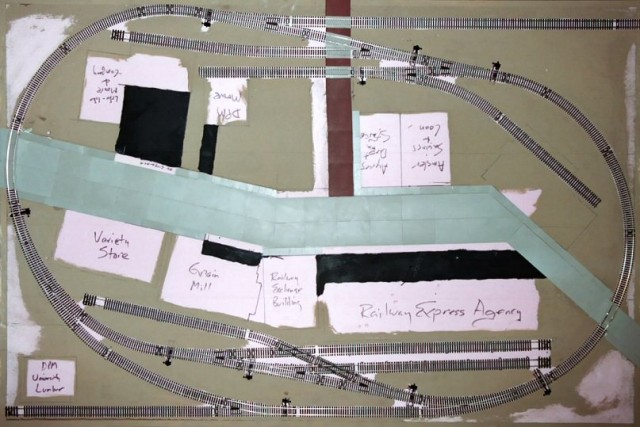 Track and building placement was drawn on the layout base as a guide. 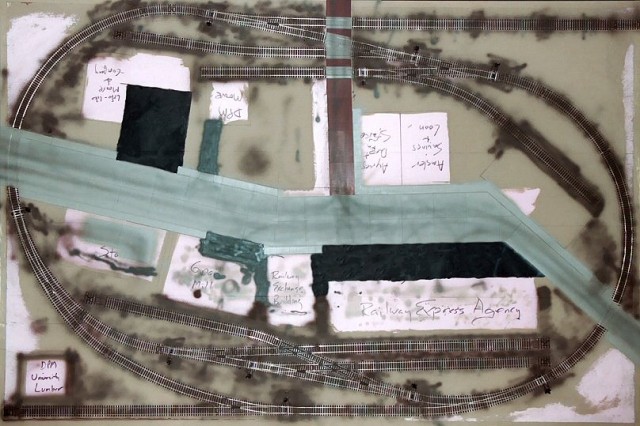 Ties were airbrushed various colors and oil and tire marks sprayed on the roads.

Adding the ballast, buildings and ground cover created a finished layout. Divider lines were painted on main street, and a few trees added that “final touch.” 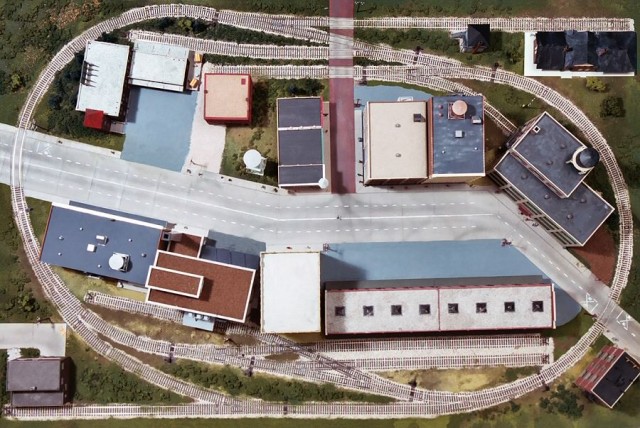 The station track provides a place to set out a passenger car, doodlebug or RDC, and to later expand the railroad.

Two Walthers REA buildings were combined to make a more prototypical-sized structure. In the days before UPS, REA transfer warehouses were the hub of downtown shipping activity. There were usually multiple tracks, and planks were laid between the open doors of cars to access the car on the “far” side. 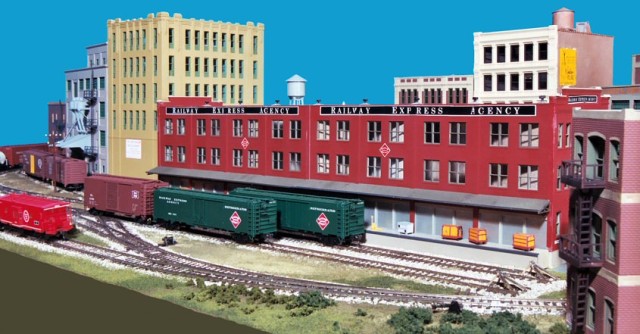 One goal was a real-looking REA Express complex.

The goal was to use buildings to establish a city “look” and divide the layout into separate scenes. Your eye follows the streets and the line of the buildings. The photo tour of this layout shows how that works, even for such a tiny layout! The structures and track work arrangement create and reinforce a number of small scenes. 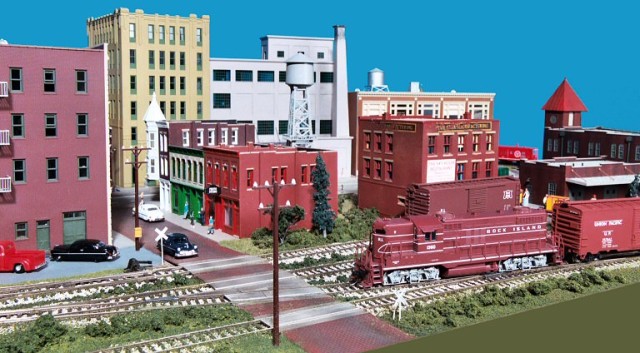 This layout was started at the opening day of the Missouri History Museum’s exhibit “Our World in Miniature.” Our “Saint Louis Central 2002” layout was already on display. 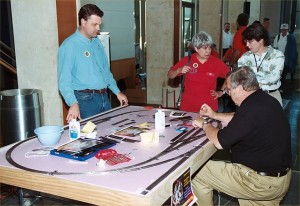 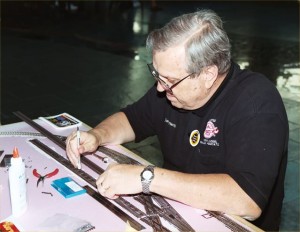 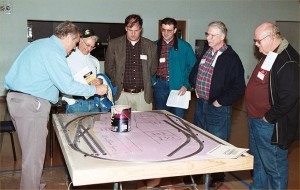 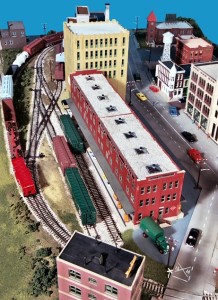