The layout was designed with low height structures in the front corners (and no structures in the front middle) to easily see and reach the tracks, cars and turnouts. Larger background structures were placed at the rear (with the tallest in the middle). Two of the buildings (the back corners) are custom assembled to work at their specific layout locations, but each is a simple kitbashing project.

modeled by Tim Stout and Phil Bonzon
Built to the kit instructions. Lumber was added in the lumber racks along with a couple of figures. This structure is also available pre-assembled as Atlas #650. This classic structure has a lot of character and detail at a low cost. 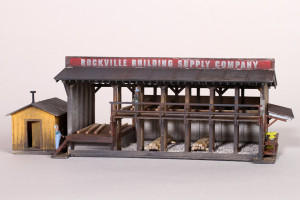 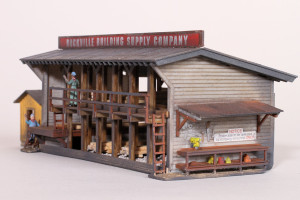 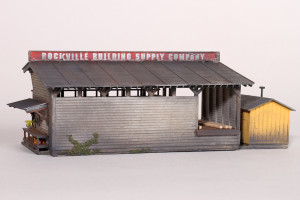 modeled by Hank Kraichely
Custom kitbash to fit location. The two long side walls were joined together to make the main long wall, and the kit end with the entry door is used for the right side. Note that the kit wall with the dock doors was placed on the left end of the main wall so boxcars may be spotted at these loading doors. A custom triangular roof was made of plastic which can be covered in N scale gravel to simulate a gravel roof. Windows are glazed with clear plastic sheet which was painted from the back as a view block (so you can’t see through the building). If you would want to further customize this building, a dock door could be opened (I would recommend the right one) as Phil did on his DPM Cutting’s Scissors structure below. 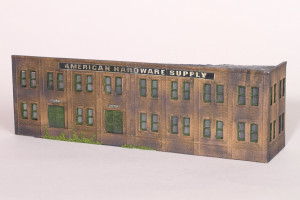 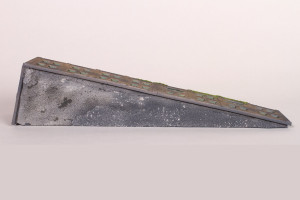 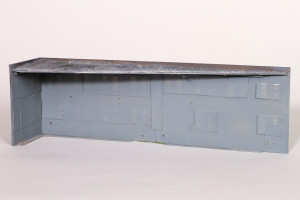 modeled by Hank Kraichely and Phil Bonzon
Built to the kit instructions (the kit is from Walthers’ background building series). Figures and crates were added on the dock. To make the back of this structure align with the back edge of the layout, you would want to make the dock 1″ deeper by either extending the kit dock with plastic or making a new dock from wood. The kit’s concrete dock is very plain, a deeper scratchbuilt wood dock would add a lot of character to this structure. 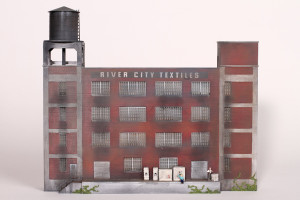 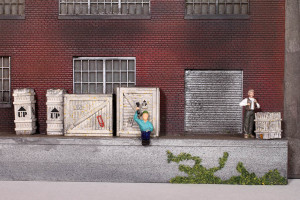 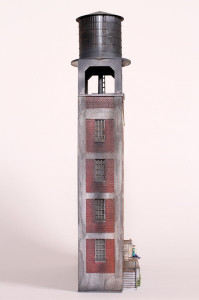 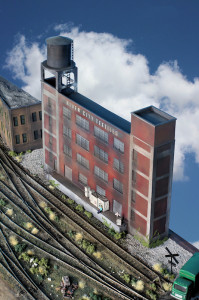 modeled and sketched by Phil Bonzon
Custom assembled or kitbashed to fit location. This kit is part of Walthers’ modular series, it is designed using modular pieces to be easily assembled to fit unique layout locations. Phil added two dock areas and doors in the track side of the structure with figures and crates. The roof needs to be custom cut to the angle shown (two bays wide on the front wall, single bay wide on the rear wall). Phil sketched his vision of this structure before assembly. Although this custom kitbash will take the longest of all the kits on this layout to assemble, as you can see the effort is well worth the time spent and is actually simpler than many other kitbashing projects due to the modular parts being used. The windows are glazed in clear plastic, and could have color prints of the warehouse interiors on our download page added behind the glass to simulate an interior. 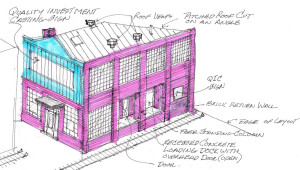 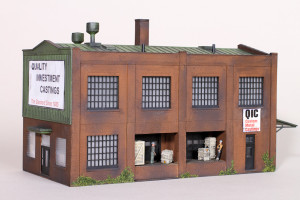 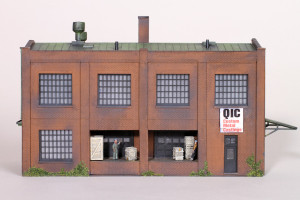 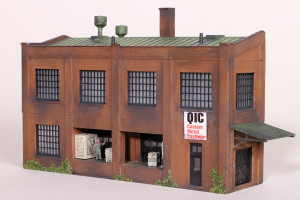 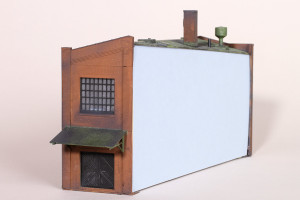 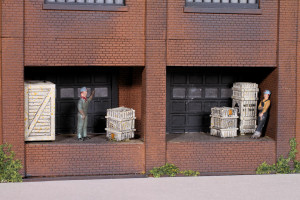 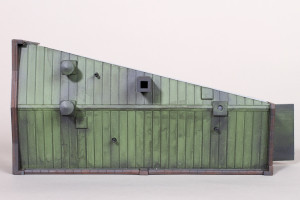 modeled by Phil Bonzon
This may be built to the kit instructions. Phil created a unique and distinctive version by opening a dock door on the track side of the structure and adding a floor, figure and cargo – all ready for a boxcar to arrive. Note the shades added behind the windows, which are glazed in clear plastic. 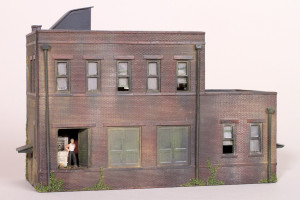 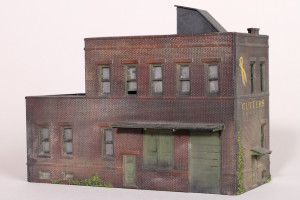 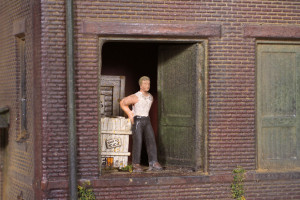 modeled by Phil Bonzon
This project railroad was built as short as possible so it would fit in the back seat of a car for transportation to and from train shows and events. To shorten the track as much as possible, a shorter-than-normal switch engine was required (standard diesel switchers, like an SW1200 or MP15 are longer than this engine). Phil re-motored an old Rivarossi switcher with a low-current can motor and added a SoundTraxx Tsunami DCC sound decoder and speaker as well! The fuel bunker was made taller to allow the speaker to fit. The home version track plan shows a version of this layout you can build which will work with standard-sized diesel switchers. 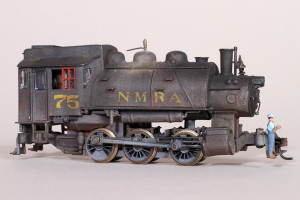 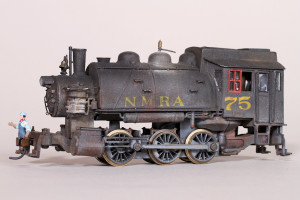