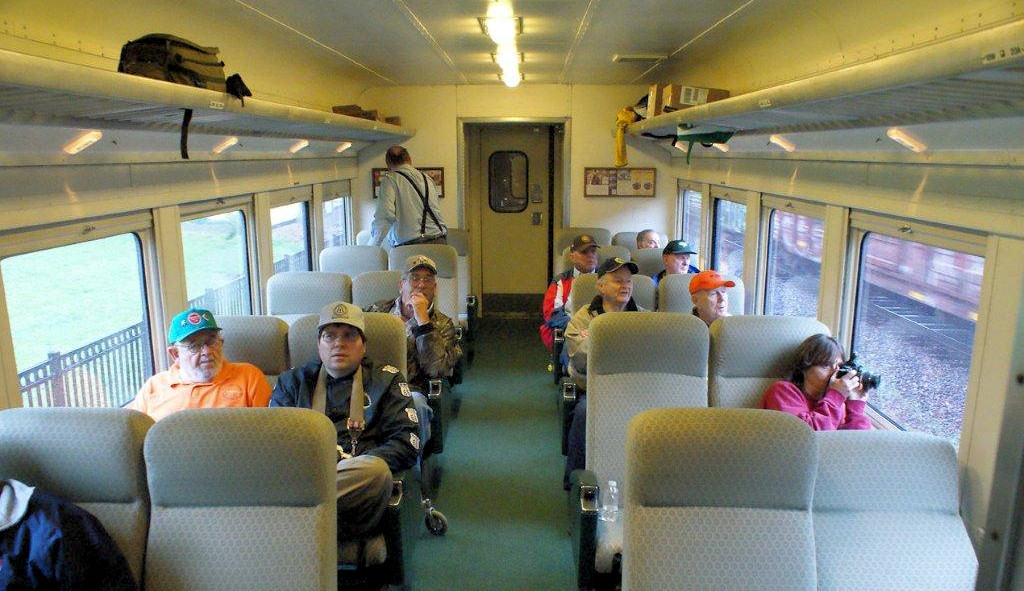 An estimated 60 people were present and rode. There was a group of school students that planned to be on the train for the Operation Lifesaver program, but scheduling complications caused them to cancel. Despite the rain, all seemed to enjoy the ride and many cameras and camcorders were busy. Umbrellas and rain gear were in heavy use. The major problem the rain caused was getting good pictures through the rain drops on the dome and other car windows, but that didn’t dampen the spirits, it just provided special effects. 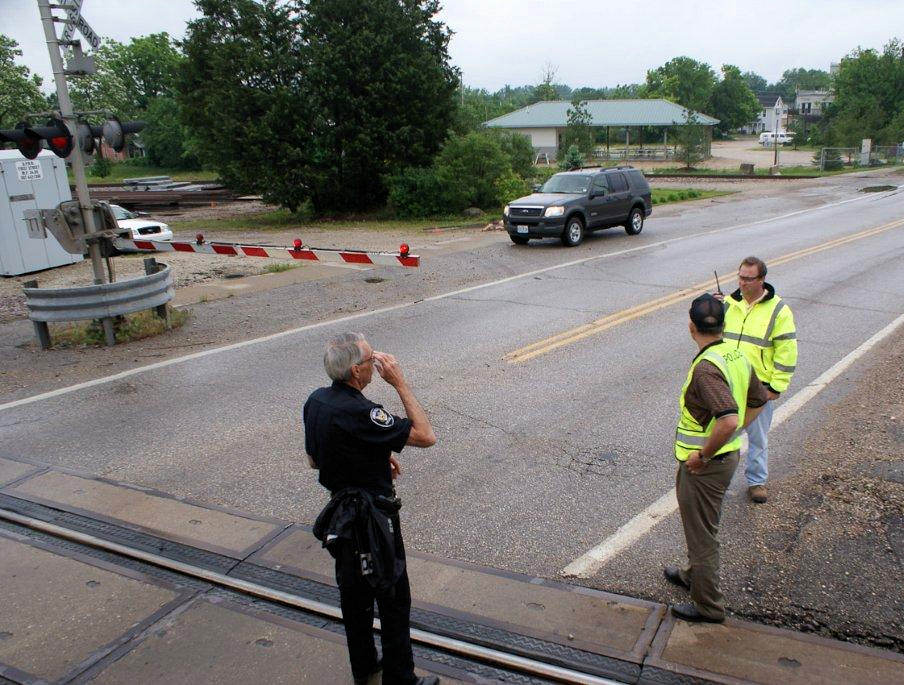 After the return to Pacific, the train stayed a while and more photos were taken. Ingenious methods were used to protect the cameras and camcorders from the rain and still get good pictures and video.

Thanks to the Union Pacific Railroad, their crews, police, and especially Ron for arranging the trip.