A bunch of us were in the Horseshoe Curve area in April 2012 … and weather was lot less than optimal. But we captured lots of beautiful trains. 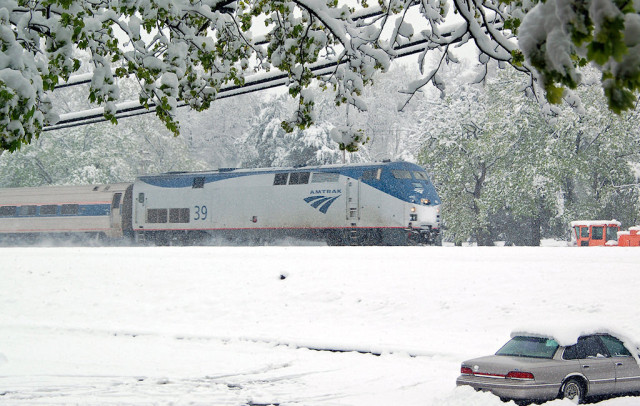 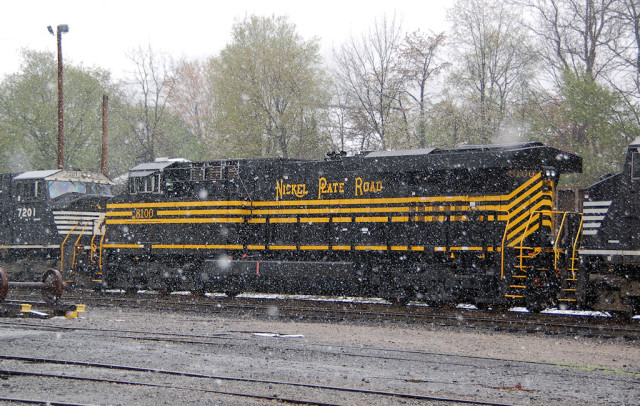 Rail fans from all over spent the week chasing and looking for three Heritage units thought to be in the area. We did see the Lehigh Valley early in the morning before anyone even got up, but not again; we never caught a glimpse of the Pennsylvania unit; but we did find the Nickel Plate tied down between two NS units in the yard in South Fork. It went east later that night, well after dark. 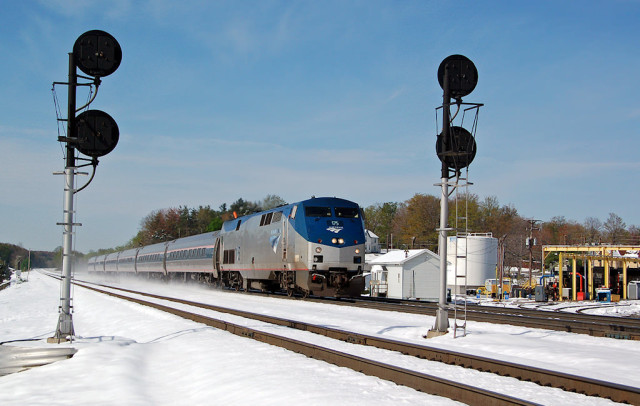 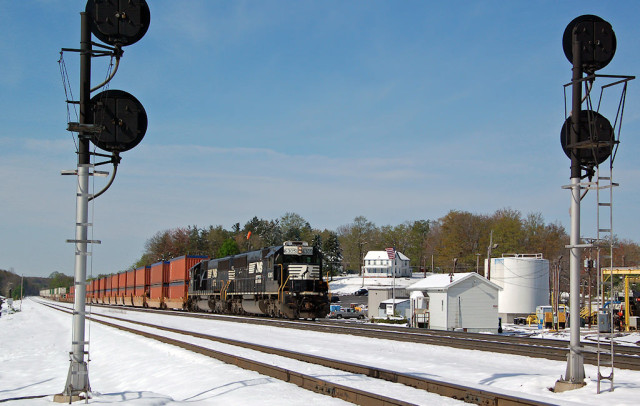 Stack train headed up grade at Cresson on a beautiful winter day … but it’s spring! 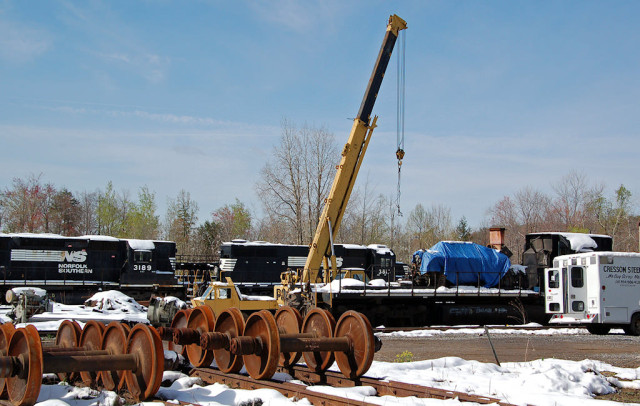 Bone Yard. A number of SD 40’s being scrapped out at Cresson. Sad 🙁 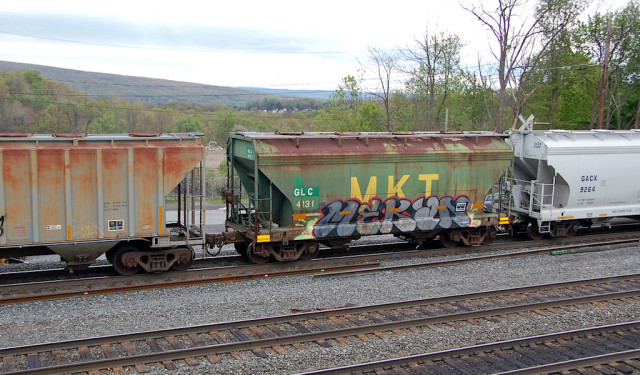 Especially for my Missouri friends … an MKT covered hopper the graffiti artists have gotten to. 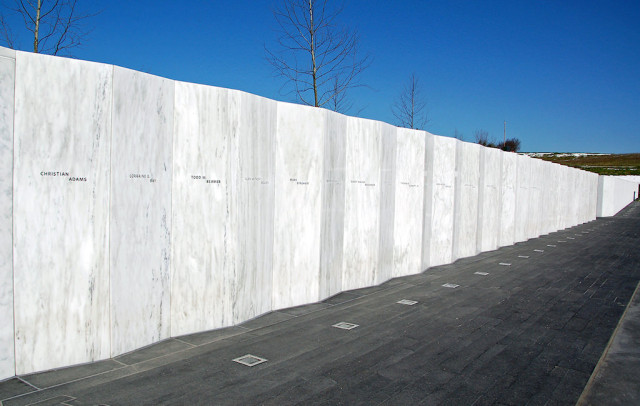 We took one morning and went to the recently dedicated memorial to Flight 93, just an hour’s drive from where we stayed. Very sobering. The wall, forty panels in all, each with the name of a passenger or crew member. None of the four terrorists get any recognition. The wall is built right on the flight path of the doomed airliner. Had it stayed airborne two seconds (2 seconds!) longer, it would have cleared a ridge and crashed into a school that was in session. 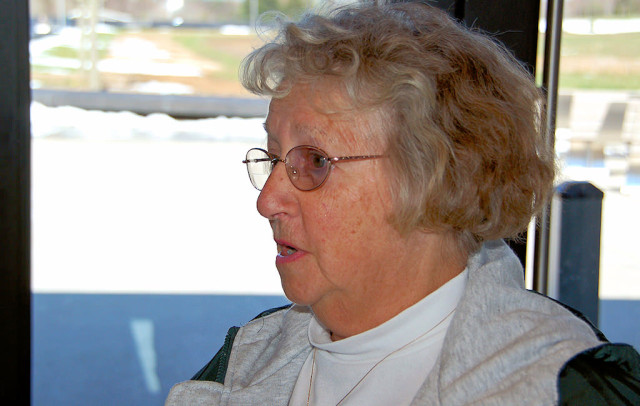 A volunteer at the Memorial, Mrs. Phyllis Musser, talks to us. The red barn seen in all the photos is on her property, just over the hill from the crash site. 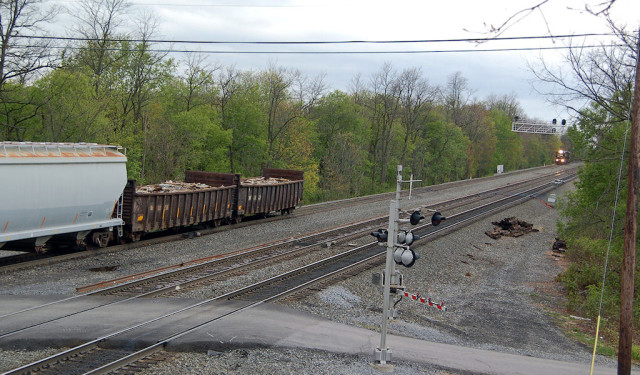 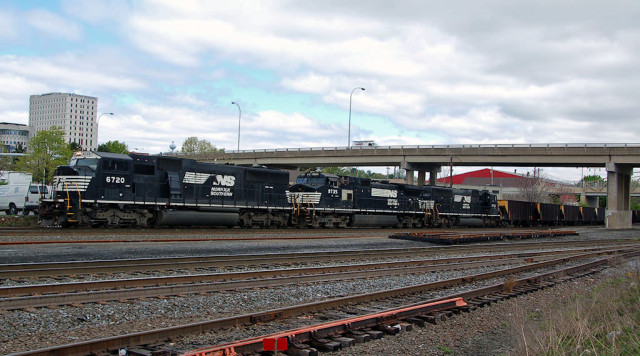 Coal empties heaed west through the yard in Altoona … it’s just passed the Juniata Shops. Notice the railroad has taken a page from modelers and built a turnout off site to be inserted in the railroad. 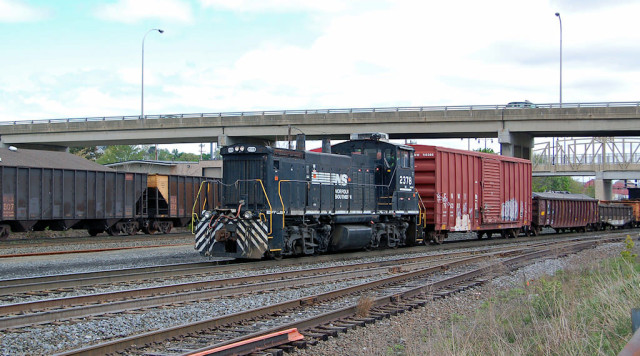 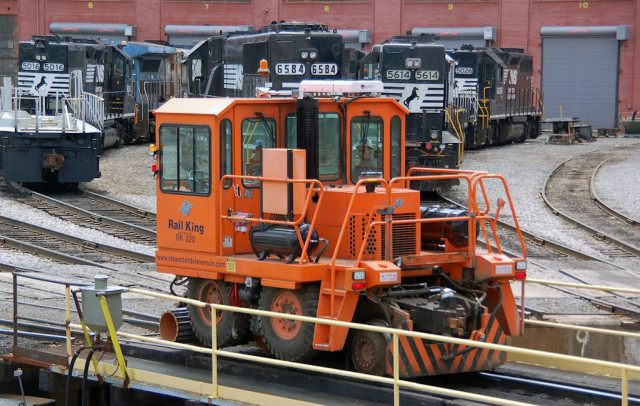 Trackmobile at the turntable at the Juniata Shops. 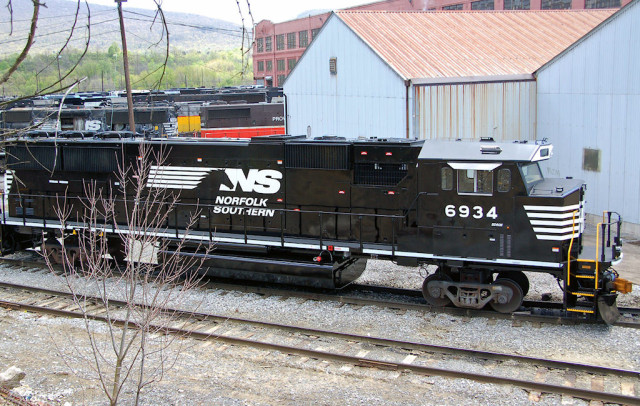 Check out the temporary trucks on the SD-60. 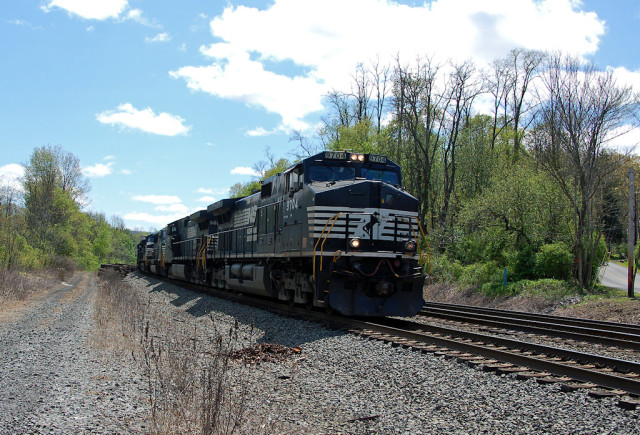 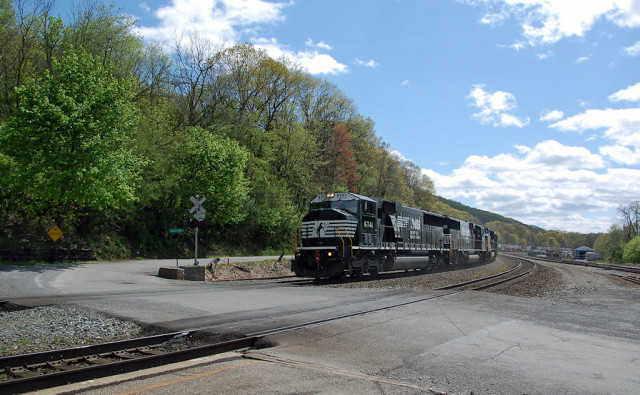 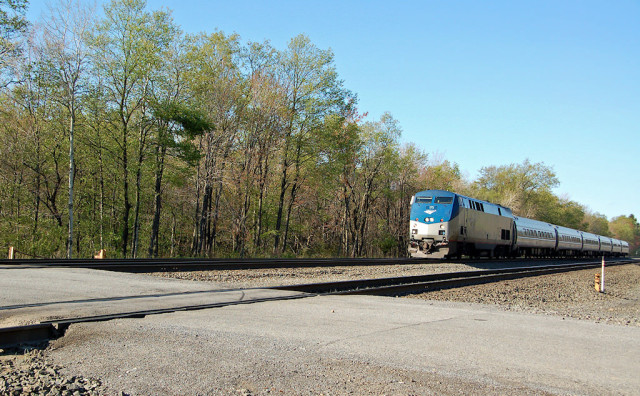 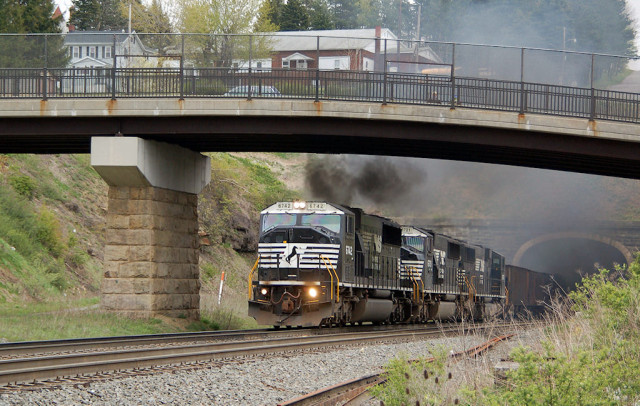 A real smoker, exiting the tunnels at Gallitzin. 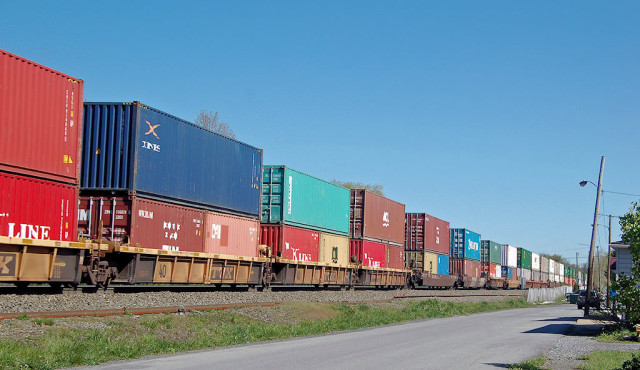 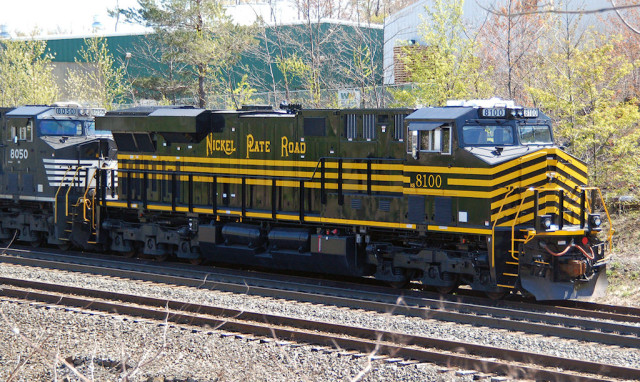 Nickel Plate tied down for the day on the east side of Cresson … NS is apparently keeping this unit between Johnstown and Harrisburg.