John loved the MoPac as a child and has captured it in his O scale 30’x25′ layout. Construction on the layout began 25 years ago and features the city of Kirkwood in 1955. The layout models the Missouri Pacific from the downtown St. Louis yard to the small town of Pacific, Missouri.

John created many of the structures on the layout, including the freight house located next to the yard. Skillfully created, it was kitbashed from two single-stall engine houses. With a capacity of ten cars, this freight house is a very busy location for the railroad and the traffic volume requires it be switched twice a day.

The layout also features the community of Kirkwood, which is a focal point for the Missouri Pacific. The Kirkwood Station is the jewel of Kirkwood. It is a limestone structure built in 1893 and is still in use today serving Amtrak. A boyhood friend of John’s, John Peluso, scratch built the model of this beautiful station. Completing this prototype scene, the mainline passes under a bridge and rounds a curve as it approaches the station from the west.

Kirkwood is a bedroom community, with many small and medium size businesses. Here on the layout, John created a scene that is very popular with his visitors. Two rows of hoppers wedge between his grain elevator and flour mill. A visitor described this scene as “two very tall buildings forming a canyon between them.” John captured his childhood memories by creating a business district incorporating names like IGA, F. W. Woolworth, and Standard Oil. In his small town of Pacific, John included a scratchbuilt grain elevator, flour mill, and several smaller structures.

John has plans to begin operations on the layout and he is working on writing car cards and waybills to facilitate the delivery and pick-up of various freight cars. Once completed, operations will have six people operate the trains and switch the industries. John envisions each operating session representing a 12-hour shift. John uses a Digitrax DCC System, which will permit the operators to take full advantage of his great layout. 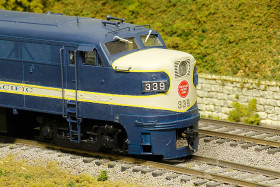 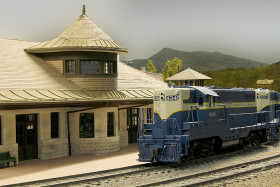 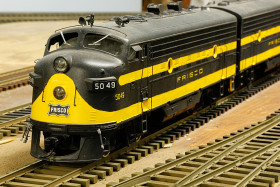 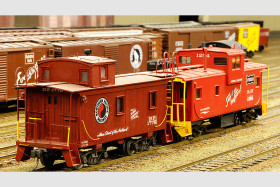 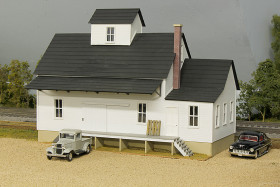 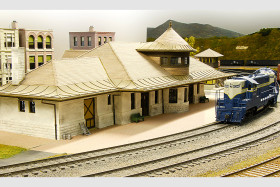 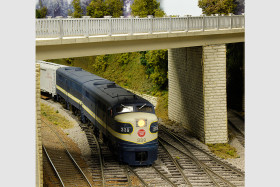 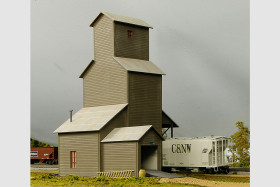 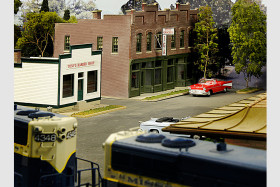 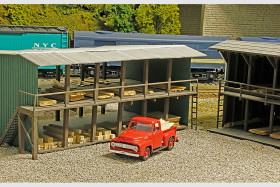 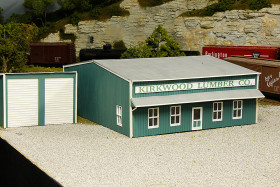 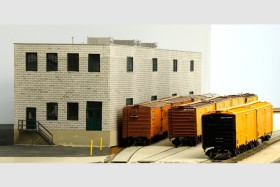 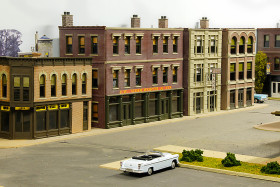 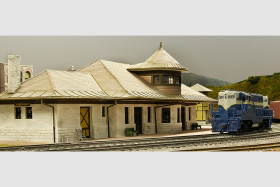 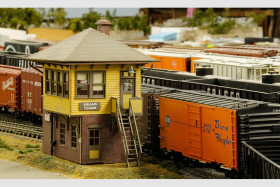 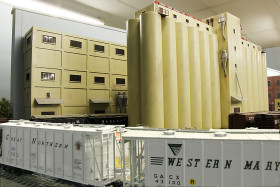 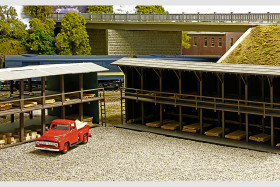 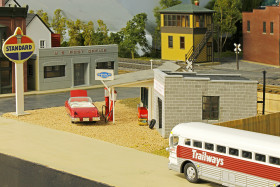 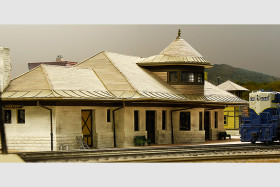 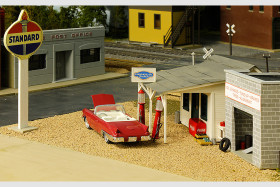 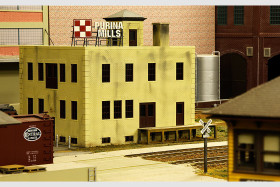 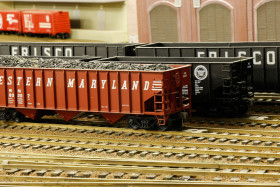 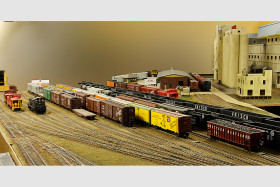