Railroad friend Hank Kraichely and I went looking for trains. Found some. The first two shots are at Dozier Crossing, about two miles east of downtown Pacific, plus two more shots in Pacific. Rounding out this collection are three more local trains I have shot the last couple of weeks. 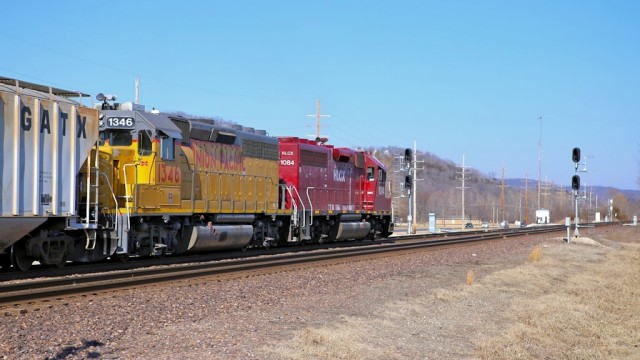 This was the eastbound UP local, interesting because of the bright … and clean … lease engine on the point. 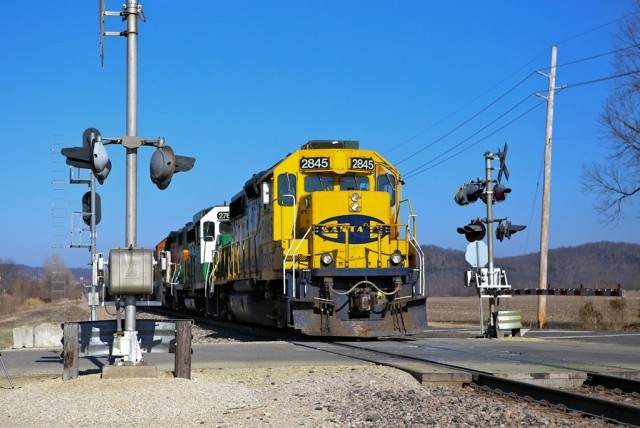 Not to be outdone, just minutes later the BNSF local came by, west bound. Here, the two tracks run parallel, about 50 feet apart. They split in downtown Pacific (about two miles in front of this train), with BNSF (the old Frisco) going on to Springfield, and the UP (the old MoPac) proceeding to Kansas City. 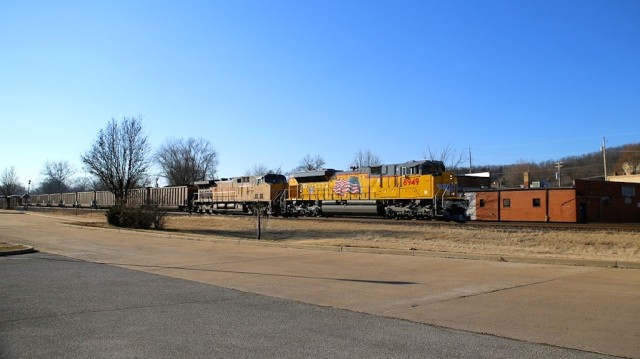 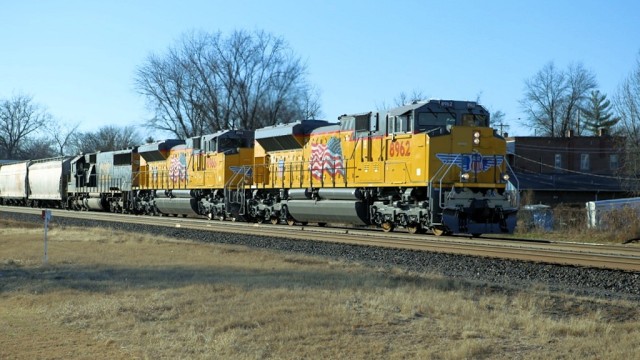 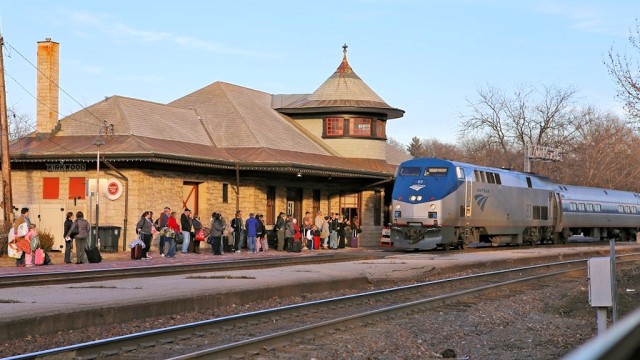 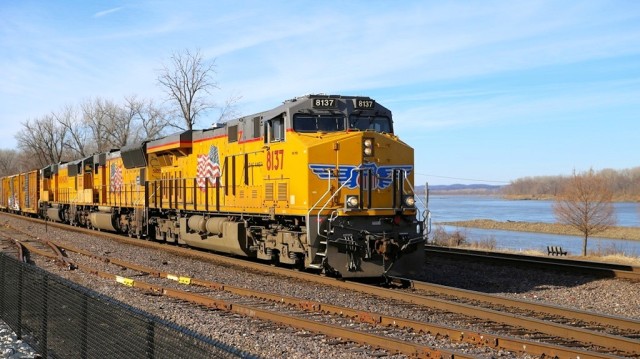 Eastbound UP at track speed at the Washington, MO, station. That’s the Missouri River in the background.