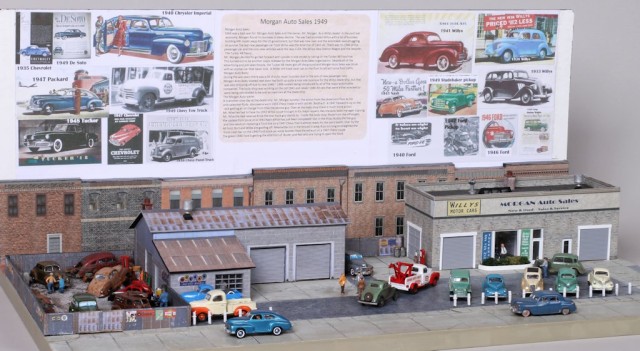 Dave Roeder’s “Morgan Auto Sales 1949” diorama won Best of Show at the 2015 Gateway Division NMRA model contest. Most of the structure details and finishes were created on an inkjet printer. 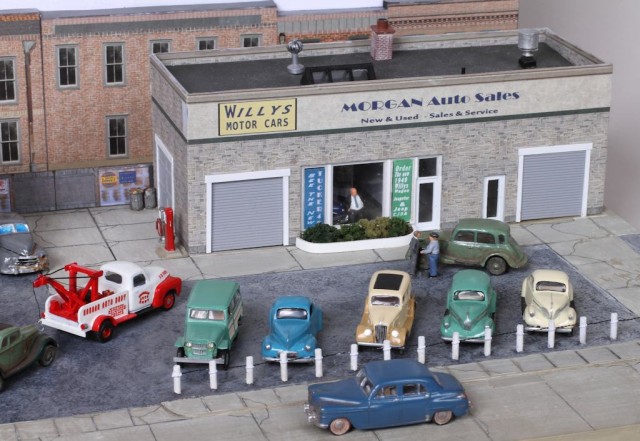 Dave describes his Morgan Auto Sales scene: “It is another slow day at the dealership. Mr. Morgan surveys the action from the showroom floor as his only salesman Rudy discusses a worm 1935 Chevy trade-in with old Mr. Baldhauf. A 1947 Packard is up on the rack getting an oil change from Ollie the service guy. Over at the body shop there is much more action. Mr. Wise has had to have his 1933 Willys coupe brought in for major repairs. Ray the auto body manager is giving Mr. Wise the bad news as Arnie, the tow truck guy, stands by. Inside the body shop Rosie from the office gets the update fronm Louie on a 1941 Nash which has just been completed. Out in the shop Buddy, the tire guy, and Slimn work on replacing a front tire on a 1947 Chevy that is almost ready for the paint booth.Over by the 46 Ford, Burt and Willie are goofing off. Meanwhile, out in the fenced-in area, Russ is trying to straighten the front crash bar on the 1940 Ford stock car, while Scooter fixes the exhaust on a 1947 Chevy coupe. The green 1946 Ford is getting the attention of Buster and Red who are tyring to open the hood.” 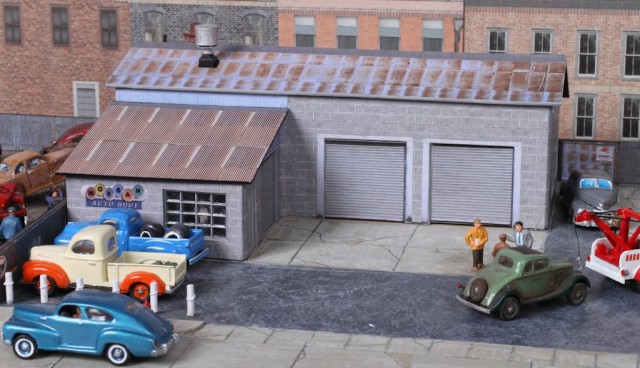 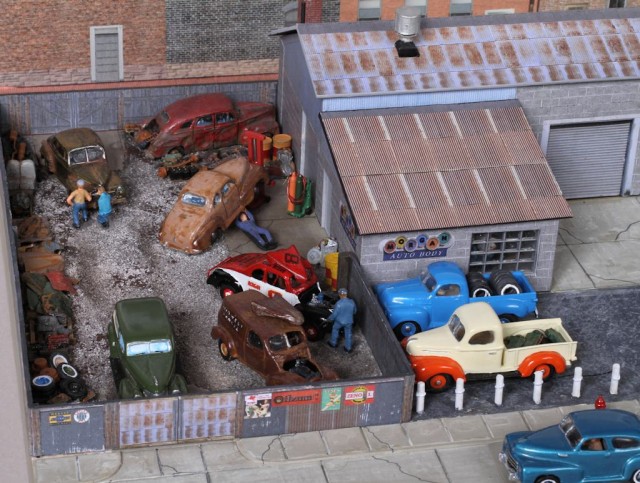 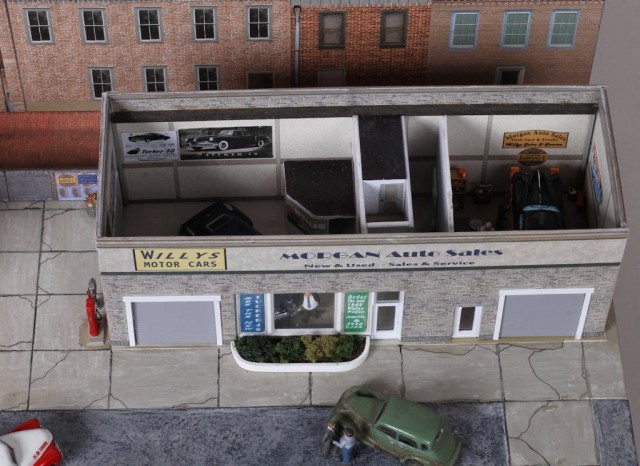 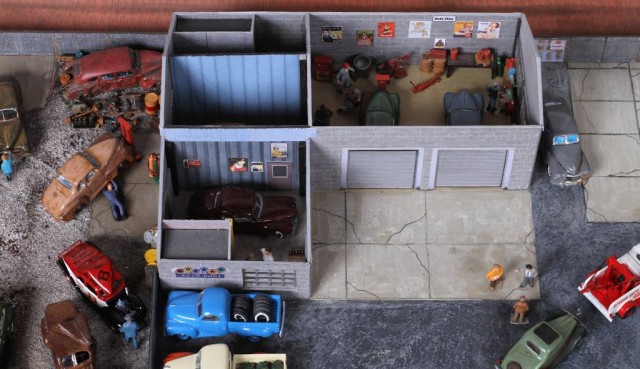