What was the number three response to the recently published Gateway Division NMRA Member’s Survey for requested Division Activates? — operating sessions. So a big thanks is due to Chris Oestreich for organizing, and John Schindler and Bob Johnson for hosting, the most current rendition of the Gateway Division Operations Night. The event was held in two sections: the first on Friday, November 18 at John Schindler’s and the second on Saturday, November 19 at Bob Johnson’s. By all accounts they both turned out to be successful and fun filled evenings that continued the tradition of Division ops session on member layouts. Read about previous sessions online here. Speaking on behalf of all of who have not yet gotten our empires in full operating order it was a privilege to be able to operate on these excellent railroads.

I was fortunate enough to return to John Schindler’s pike. For those of you who have not had the opportunity; John’s layout depicts the Metro St. Louis area and connections to Kansas City and Chicago. It contains many recognizable landmarks which help provide an air of familiarity even for newer operators like me while getting their bearings. Discover additional information and layout photos of John’s St. Louis Junction Railroad and Bob’s Pseudo-Soo Lines.

John’s St. Louis Junction Railroad ran superbly, that would be the physical plant, and the crews did pretty well also. It is a mostly sceniced layout that features many wonderful structures, locomotives and rolling stock. Many of the locomotives have sound that adds to the experience. And John strongly encouraged all to take advantage of the sound features at all appropriate locations. Crews were released to their assignment after a short briefing by General Superintendent Schindler in the crew lounge and operations began at 7:00 p.m. central time.

The range of participants was varied. A topic that garnered a fair amount of conversation during operations amongst some of the senior crew members was the participation of four younger operators who had joined us: Daniel Coombs, Mitch McAdams, Noah Oestreich, and Alex Schumacher. Those a little longer in the tooth were enthused by the participation of these younger guys, all of whom seemed to take to their duties without hesitation and did great jobs. And perhaps two other equally discussed topics related to these guys may have been the ease, and in fact maybe even the pleasure, that the younger operators had in displaying their mastery of the duck-unders below the layout and their ability to consume soda and junk food. The remainder of the crew was: host John Schindler, Bob Boedges, Ron Gawedzinski, Garry Gross, David Lowell, Chris Oestreich, Brian Post, Richard Schumacher, and Carl Wessel. All who also performed admirably at their assigned tasks.

In summary, it was a great evening enjoying fine layouts and the fellowship of others with similar interests. There are worse ways to spend an evening. Hope to see you at the next Division ops session. 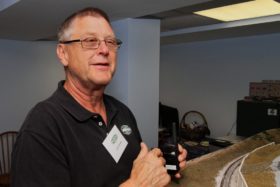 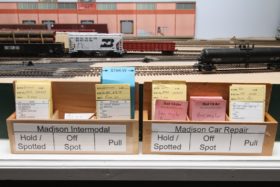 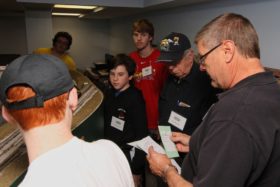 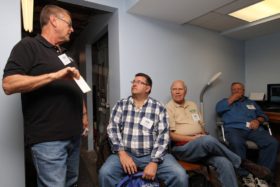 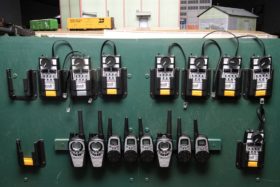 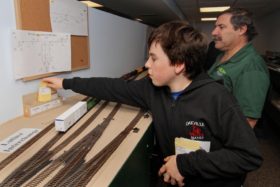 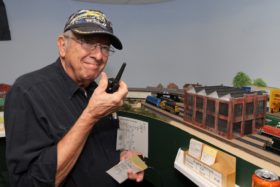 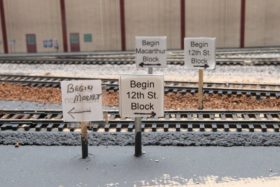 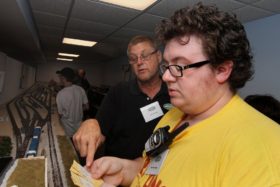 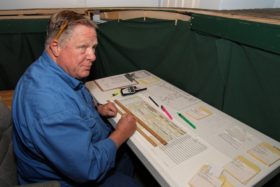 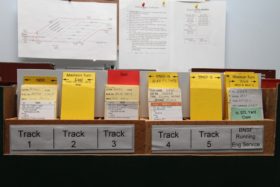 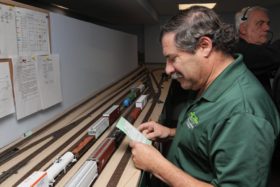 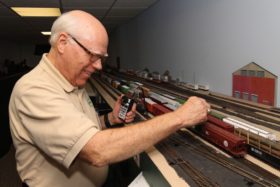 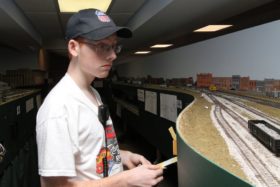 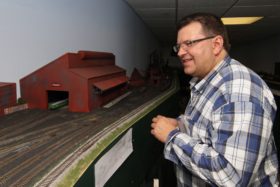 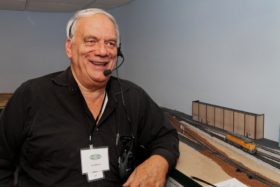 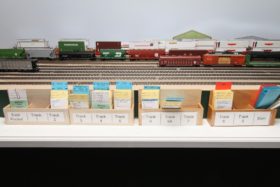 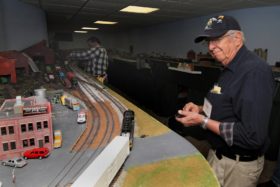 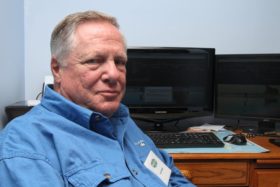 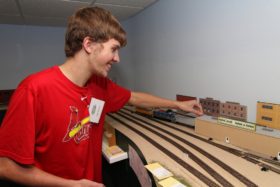 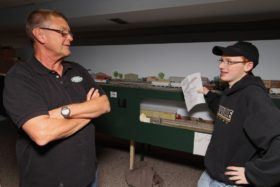