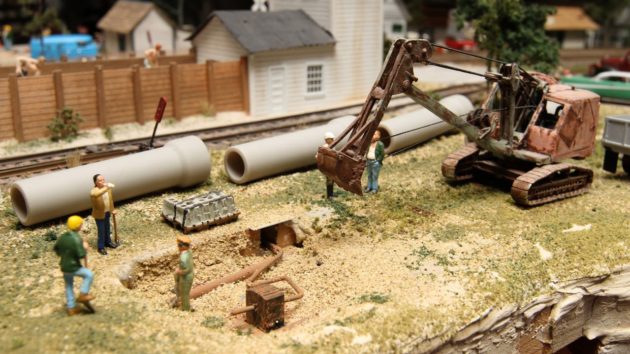 When Gregor Moe relocated from St. Louis to Chatham some modules from his original layout moved with him. For this module he extended the scenery on both sides of the original trackwork, and hid the slide-switch turnout controls within the new highly-detailed scenery. 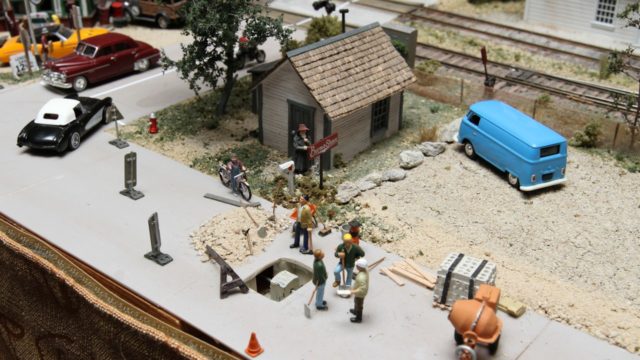 Roadwork reveals a turnout control in the middle of the street. The construction crew is discussing their discovery. 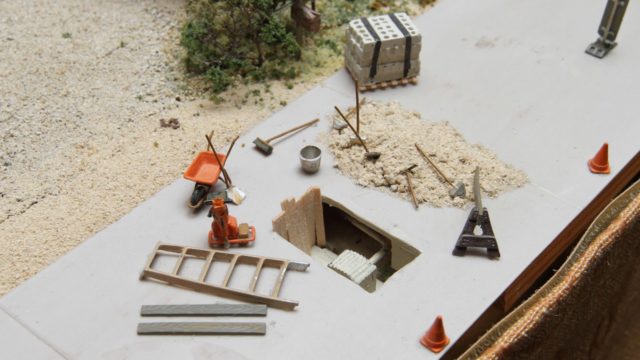 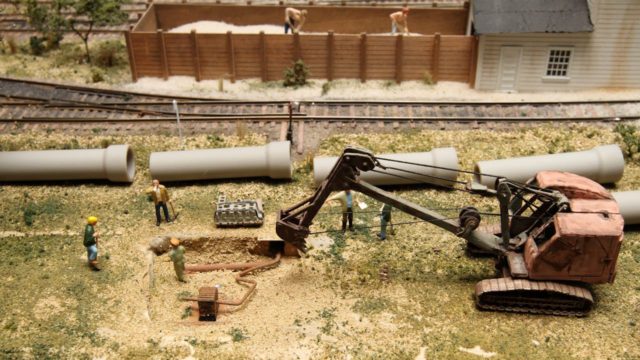 The excavation crew is laying a new drainage pipeline. The squiggly pipe in the digging site connects the slide switch to the turnout.