I took a drive to Centralia, Illinois. It’s 105 miles from my home, but my mother graduated from high school there in 1933, and I had never been there. And, the small Illinois town (pop. 13,000) was featured on a recent “Trains and Locomotives” video on the RFD-TV channel, so off I went. Historically, the town was on the Illinois Central railroad and had shops there; the shops are gone and the IC is now Canadian National, with Amtrak using it as well. In addition to that route between Chicago and Memphis, the Norfolk Southern between Louisville and St. Louis crosses the CN here, and the Burlington Northern Santa Fe has a north/south line that meanders between Chicago and the southern states. In the words of a BNSF maintainer I talked with, “there’s a lot going on here.” Enjoy the photos. 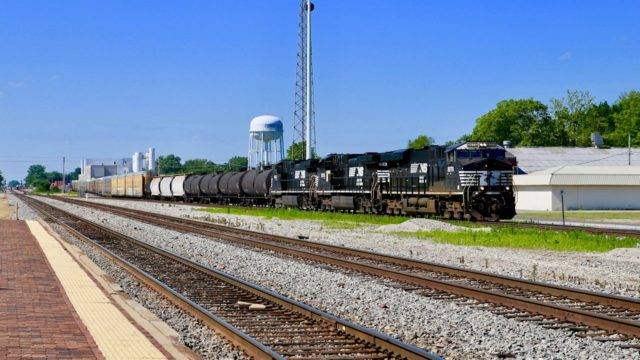 NS has just crossed the CN by the plant seen in the background, and is on its way from Louisville to St. Louis. Less than a mile ahead, it will veer off to the west and on to St. Louis. Tracks in the foreground belong to Canadian National. 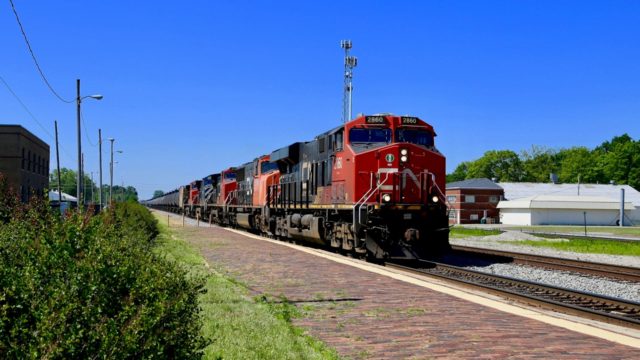 Now it’s CN’s turn. This oil train is headed toward Chicago at track speed. I’m standing on the platform at the Amtrak station for these first two shots. 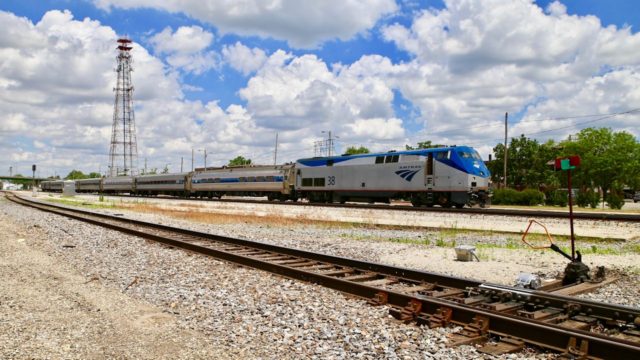 Amtrak’s “Saluki,” calls at Centralia at 1:10, about 55 minutes late. Part of Amtrak’s Illinois Service offerings, the Saluki will terminate at Carbondale, Illinois. The town also is served by the “Illini” between Carbondale and Chicago, and the “City of New Orleans” between Chicago and New Orleans. 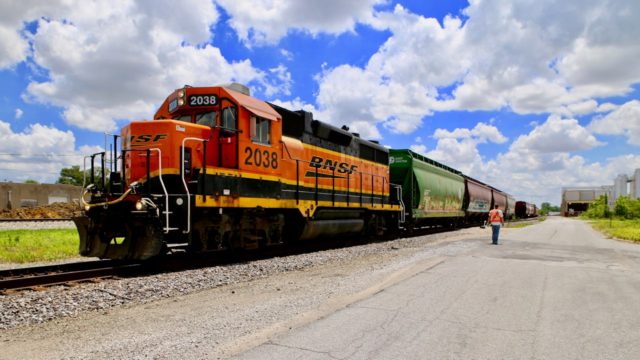 This BNSF GP38-2 is switching the Pinnacle Foods, Inc. plant in the background. A larger railroad yard, located in an industrial park, is beyond the plant, which manufactures cake mix for Duncan Hines.