Hank’s layout depicts the St. Louis to Hannibal portion of the CB&Q Railroad’s northbound main known as the “K” Line in 1963. The Francis branch running from Old Monroe to Francis is also modeled.

The layout runs through rural areas and has six towns, two cement plants, along with paper, chemical and power plants. There are also two interchanges on the Francis branch, at Wellsville with the Wabash and at Francis with the GM&O. The following commodities are either being shipped into and out of most towns; grain, gasoline, LPG, coal, cattle, farm equipment and consumer goods. There is a factory in Louisiana, Wells Lamont, which receives hides and produces leather gloves. Team tracks are prevalent as are small stations along the main and branch lines. Hank’s previous HO layout was featured on the cover of the June 2001 issue of the NMRA Bulletin. 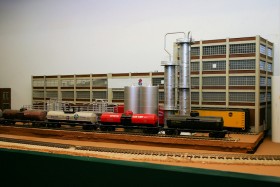 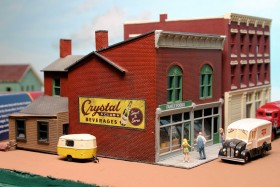 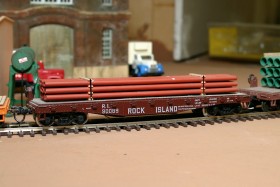 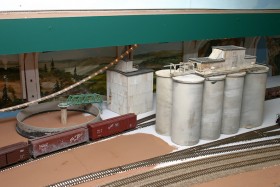 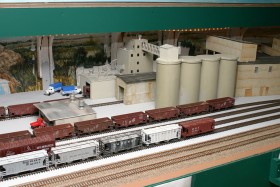 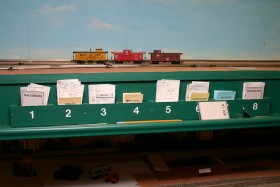