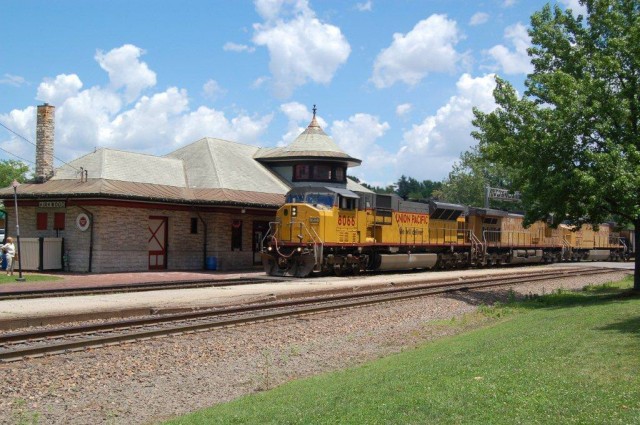 This is UP SD 80 MAC #8066, on the point of an empty coal train westbound at the historic Kirkwood Station and headed back to the Wyoming coal fields.

Empty UP Coal Train at Eureka 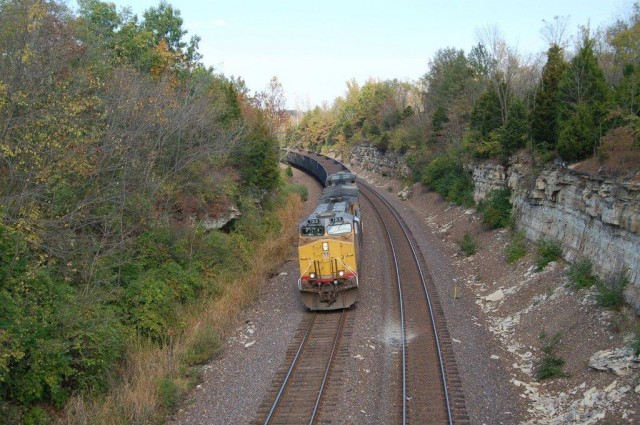 UP AC 44CW #7213 coming down grade just east of Eureka; in a matter of a couple hundred feet they will pass beneath historic Route 66 and almost immediately under I-44 on their westward journey back to the coal fields. 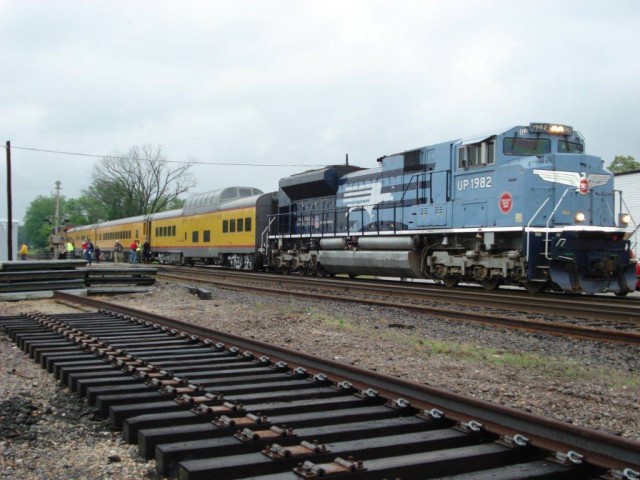 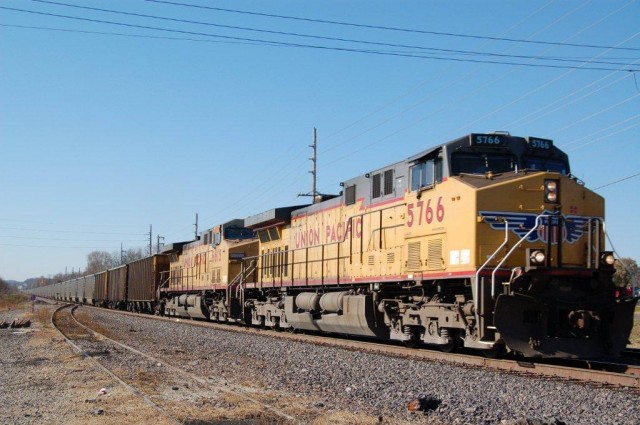 This time, it’s a loaded coal train, and the location is downtown Eureka, MO. That’s UP AC 44CW number 5766 on the point.

UP Challenger 3895 at Dozier Crossing 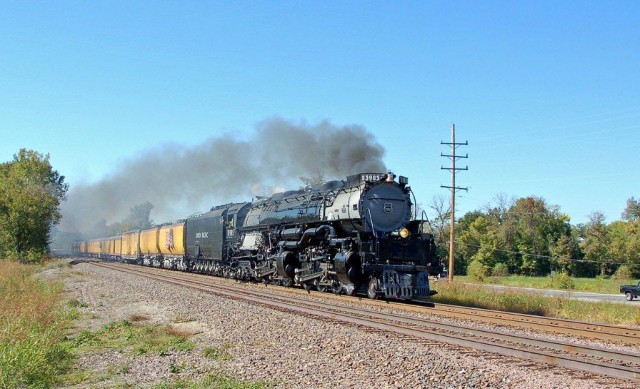 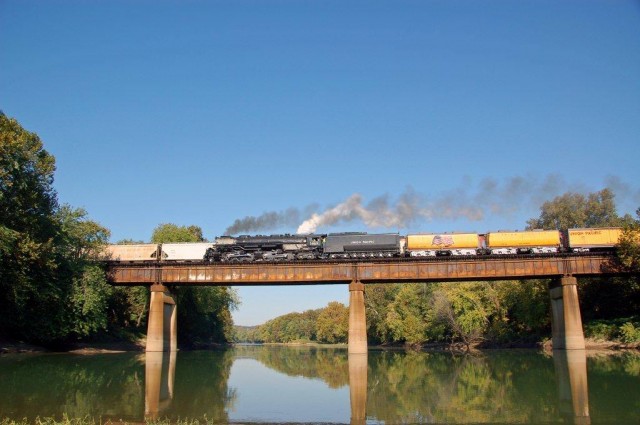 UP #3895, the Challenger, is west bound and headed home to Cheyenne, WY, after spending a couple days in St. Louis. Here, it’s crossing the Meramec River at Sherman Beach, between Ballwin and Eureka. 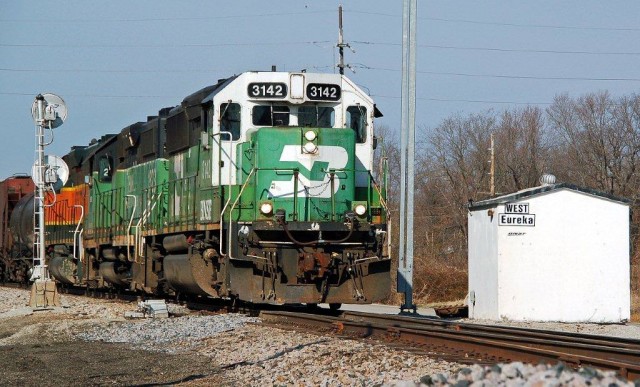 BNSF action at Eureka finds this GP 50 in its former BN livery as it leads the local eastward. This spot is 25 miles west of the Mississippi River. 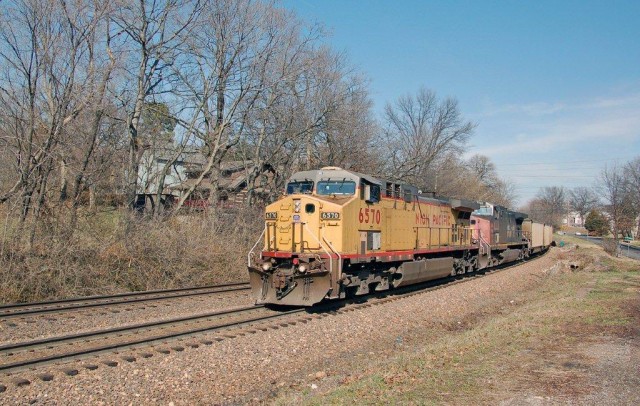 Geyer Road in Kirkwood is the location where we find a UP AC 44CW headed west with coal empties on “reverse iron”; the second unit is still in its Southern Pacific paint. This spot is just west of the Kirkwood Station. 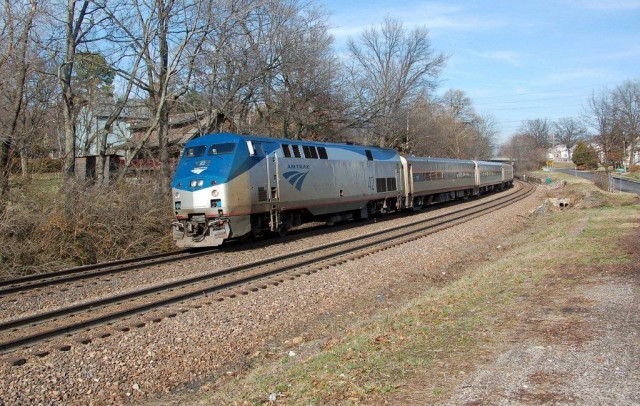 Amtrak’s afternoon train to Kansas City has just departed Kirkwood Station, which is just behind the overhead bridge to the rear of the train. 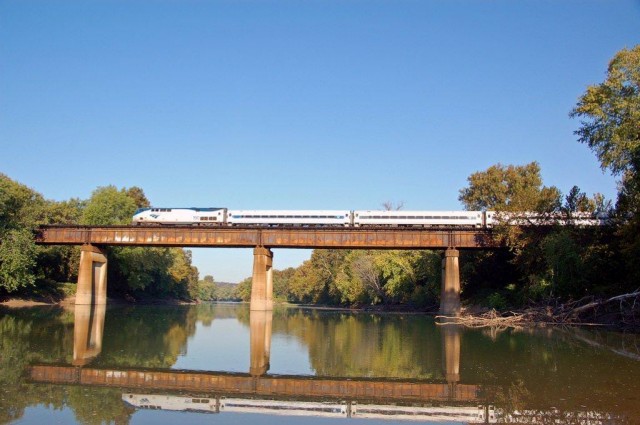