Friday was such a beautiful day here – 71 degrees and not a cloud in the sky – so I ran down to Pacific, Missouri (about 6 or 7 miles west of home in Ballwin, and calls itself “Train Town USA”) and caught four trains in the span of fifty minutes, then nothing for the next two hours, so I came home. Here are the images I was able to get. All in all, it was a great fifty minutes. Enjoy. 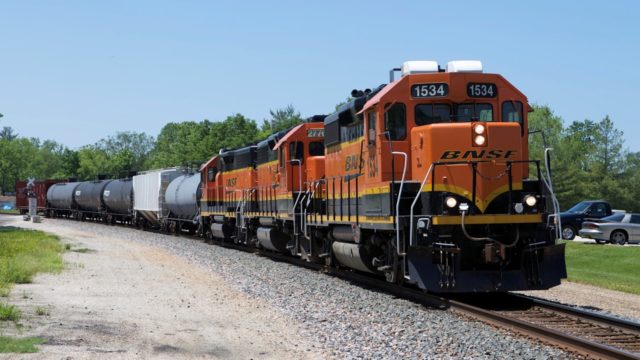 A BNSF local was the first, headed east, at MP 34.1, some 34 miles from the Mississippi River. This is the old Frisco line that runs between St. Louis and Springfield, Missouri. 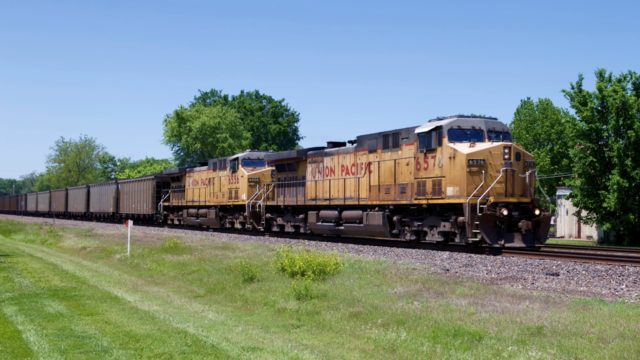 Fewer than three minutes later, this UP power on the point of what is probably Powder River (WY) coal, also headed east, this on the former MoPac line between St. Louis and Kansas City. 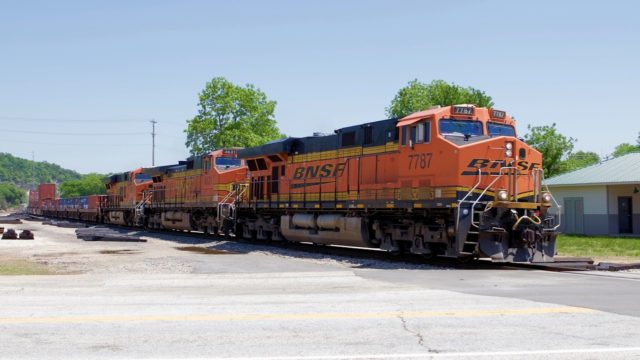 Next came a long, westbound stack train on the Frisco. 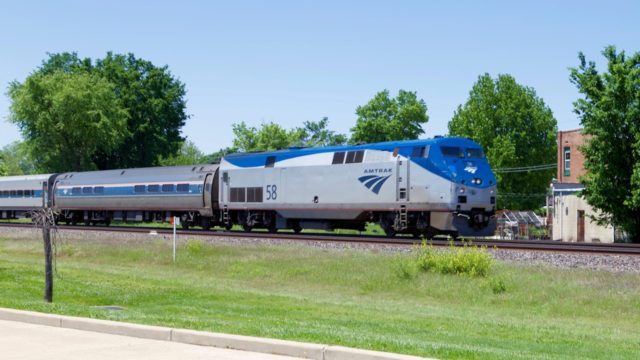 And while I was admiring the stack train, Amtrak’s east bound afternoon Missouri River Runner blasted past at track speed and almost got by me before I realized it was there.