A group of us made our annual summer journey to Cresson, Pennsylvania (Horseshoe Curve area) last week, and here are a few photos from that trip. 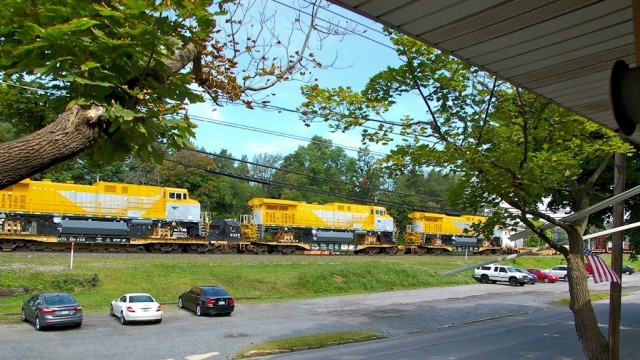 Our first morning there, we were treated to a load of new engines slated for export. Note that these beauties are without trucks which are on flat cars that followed. This was from the front porch of our bed & breakfast. 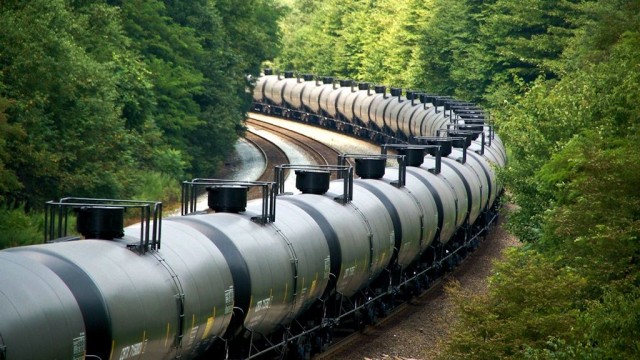 Snaking up grade at Cassandra was this eastbound crude oil train, headed for east coast refineries. It seemed there were significantly more petroleum trains this trip than in the past. This is probably Bakken crude from the Montana/North Dakota oil fields. 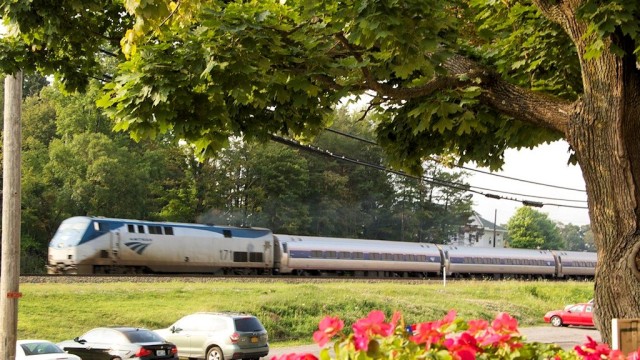 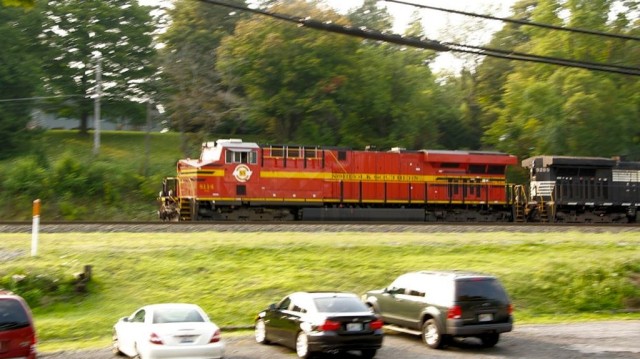 One of Norfolk Southern’s twenty Heritage units, this one recalling the original Norfolk and Southern. 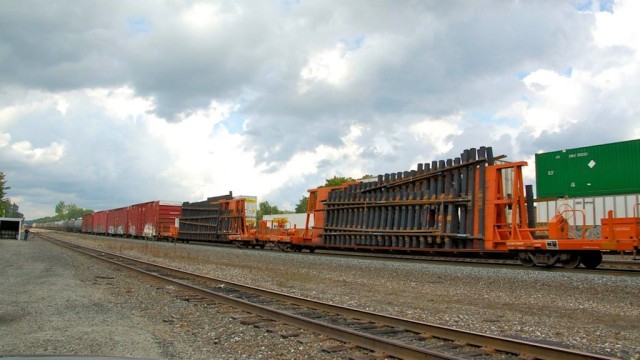 The railroads are taking a page from the modeler’s handbook. Here, a couple of prefabbed turnouts are headed toward installation somewhere west of Cresson. 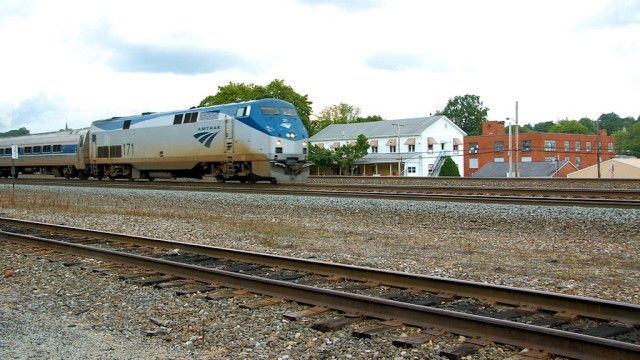 Amtrak’s Pennsylvanian is westbound towards Pittsburgh, 2-1/2 hours away. This train left New York’s Penn Station early his morning, and had stopped at Philadelphia and Harrisburg enroute. That’s our bed & breakfast with the red & white striped awnings in the background. 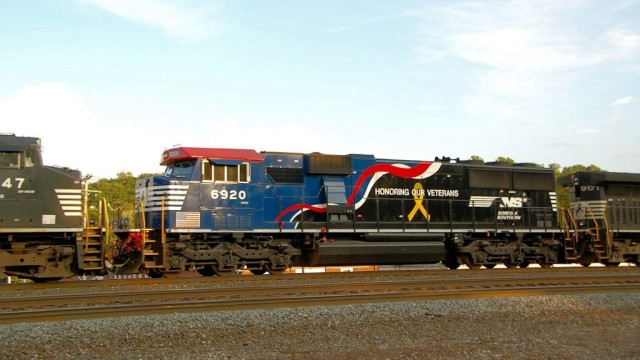 In addition to its twenty Heritage units, Norfolk Southern has painted this tribute to our veterans. It is, as you can imagine, a favorite among railfans and photographers. This shot was captured in Cresson. 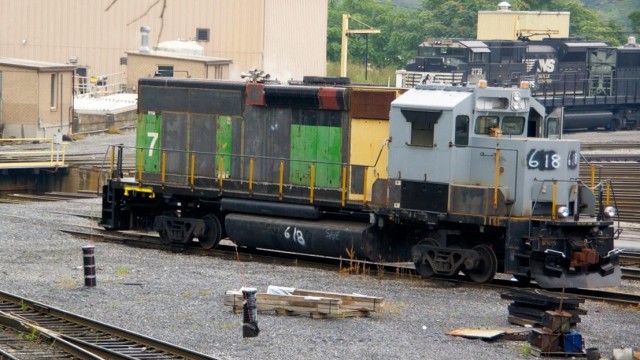 A true “fixer upper” at the Juniata Shops in Altoona. I suspect this will make an appearance on more than a couple of model railroads in the future. It’s in my “reference file.” Note the shop trucks on the engine. 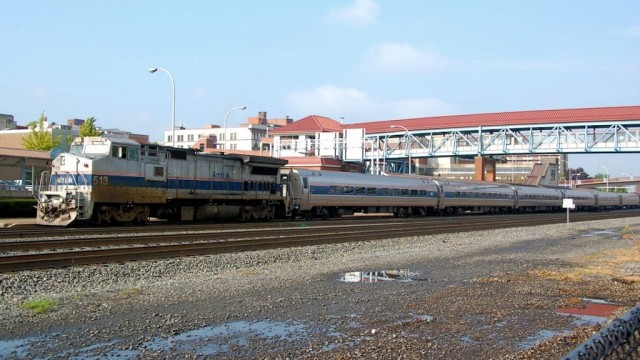 Amtrak’s Pennsylvanian calls at Altoona. Railroad friend John Kayes is at the controls. We see John every February at the “Oldtimers Weekend” at the Station Inn B&B in Cresson.