A dozen of us, from Ohio, Kentucky, and Canada as well as Missouri, spent the last week on a rail fan trip to Colorado and Wyoming. We all met in Chicago, took Amtrak’s California Zephyr to Denver, and then rented cars to get around including the Powder River Coal Basin and Cheyenne Station in Wyoming, and the Colorado Railroad Museum in Golden. Bad weather – snow and fog – caused I-80 to be closed between Cheyenne and Laramie and we were unable to get to Sherman Hill, but it was still a great trip. 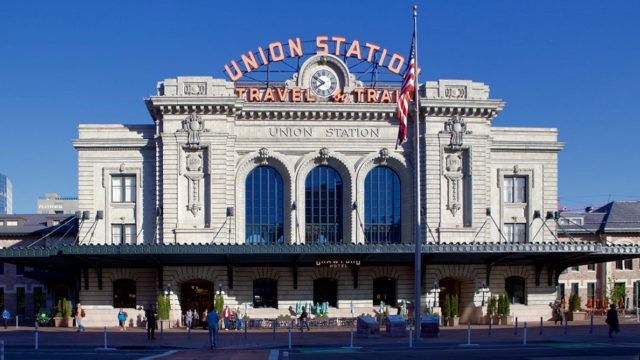 Denver’s Union Station, opened in 1914 and following a $54 million two-year renovation in 2012-14, retained its iconic front. 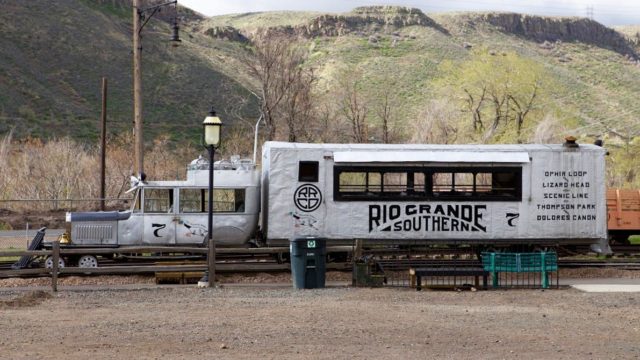 Just one of the multitude of rolling exhibits at the Colorado Railroad Museum in Golden. The large museum is a “must see” for rail fans. 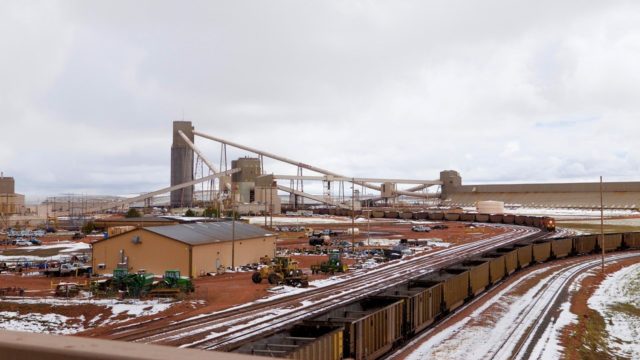 Black Thunder Coal Mine, owned by St. Louis entity Arch Coal, is the largest mine (by production) in the world. Trains never stop in the loading process; 100-plus car trains enter the facility empty and keep moving through the flood loaders and depart full. Here, the train headed towards us has come through the loader and is outbound; empties in the foreground are already in the circuitous route to be loaded in a never-ended process. Nearby sits Antelope Mine, owned by St. Louis company Peabody Coal. Coal mining and transportation is in a state of depression currently; four or five years ago, this area would see over 100 trains daily. That number is down by two thirds. Still fascinating for the railroad fan. 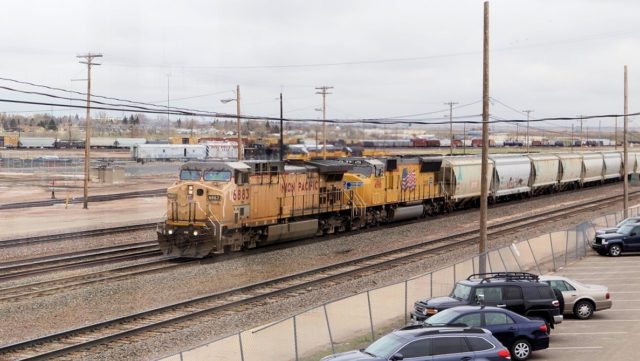 Another stop on our trip was the beautifully restored Cheyenne Railroad Station. Complete with a museum, a large model railroad, the facility includes a fine observation deck overlooking the Union Pacific Yard. This photo from that enclosed deck shows an east bound covered hopper train. This is a crew change spot, and this train is about top stop in from of us for the new crew. 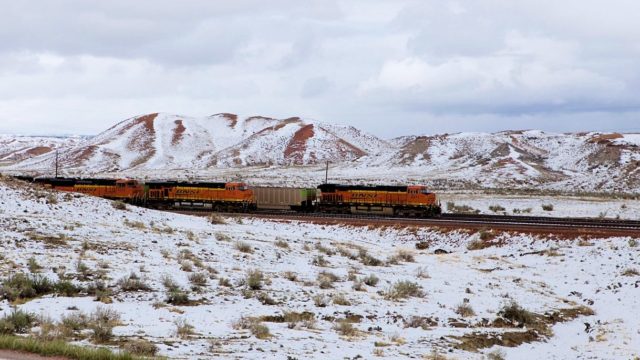 A BNSF train just outside the Antelope Mine (currently closed down). 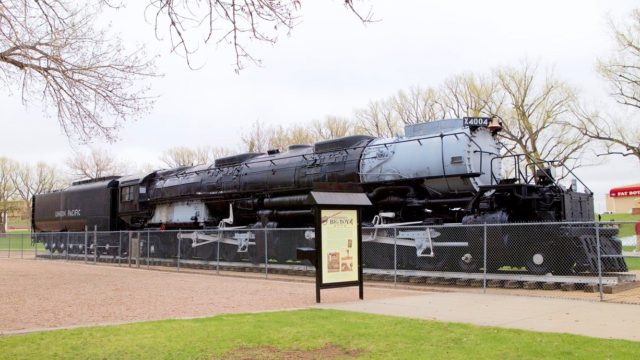 At a park in Cheyenne sits this “Big Boy”, one of 25 built specifically for the Union Pacific Railroad between 1941-44. The Transportation Museum in St. Louis also proudly displays one of these behemoths. 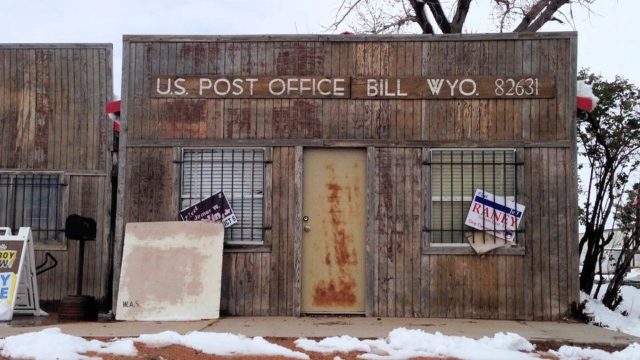 I had to include this one. This whole area is at Bill, Wyoming. 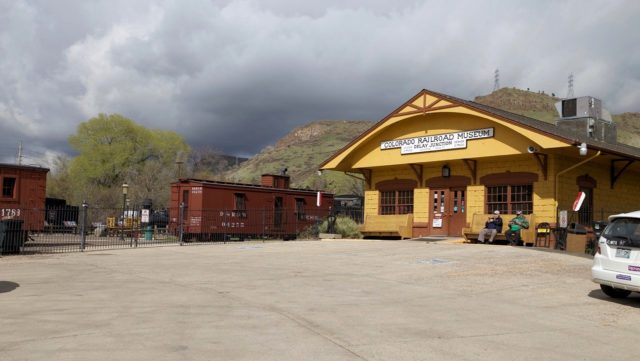 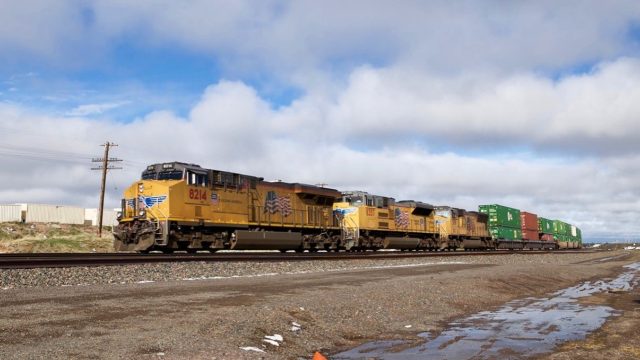 A westbound stack train behind Union Pacific power is just a couple off miles east of the Cheyenne rail yard, which is a division point on the UP. This is a high traffic area for rail fans. 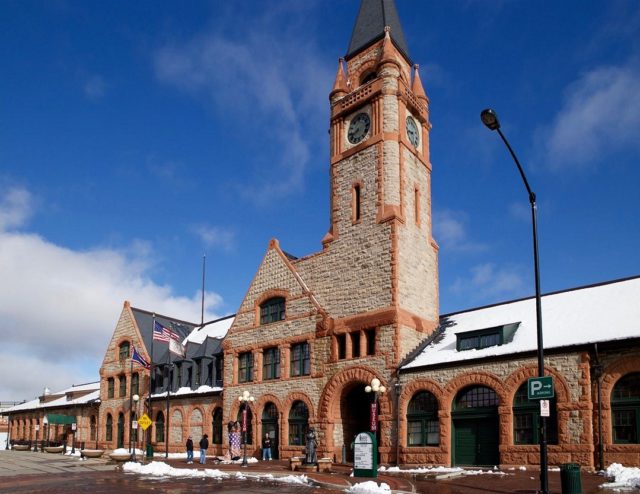 The historic Cheyenne Depot, built in 1886, continues its renovation, which started in 2011. It houses a large and well done rail museum, an outstanding model railroad that takes the viewer back in time to the early Wyoming railroad days, and an enclosed second floor observation area overlooking the UP yard and roundhouse. Within the next month, it will also feature a new restaurant. 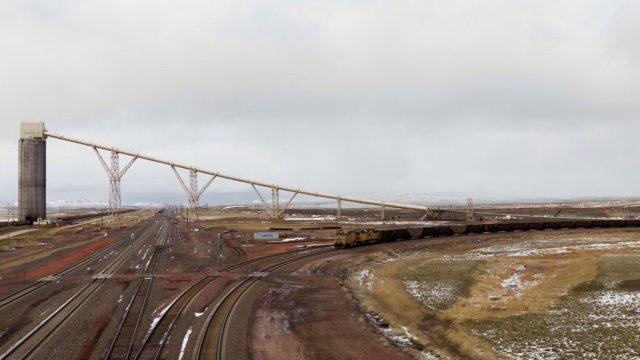 More coal loading. Far left is one of the many coal flood loaders in the area. The long conveyor leads to coal deposits; there are no underground mines here, it is all surface mining. The train in the center and right is an empty in the queue for the never-ending loader at the Black Thunder mine load out, seen in the previous photo. You will recall that the 125-car trains never stop in the loading process, but enter the yard empty and proceed through the loader, are filled, and depart, all without stopping. With the depressed coal industry (thanks to cheaper natural gas, low costs of crude oil, and lesser demand by foreign markets), what was once 100-plus trains departing daily has been reduced to sometimes fewer than 30 trains a day. Fossil fuels reign in the area; it’s not uncommon to see large oil pumping rigs right across the road from the open pit coal mines.