Tips and Techniques for Painting Figures 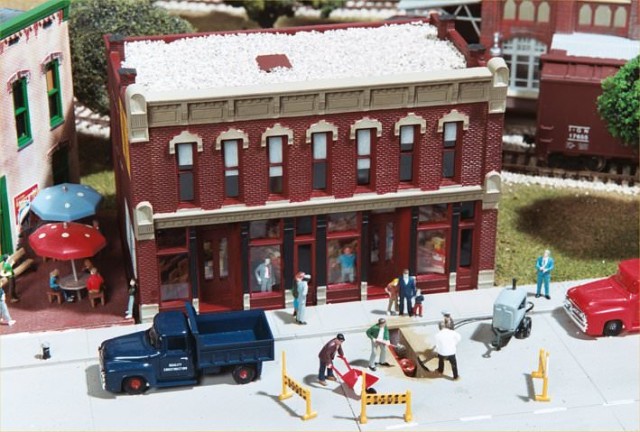 The figures on the History Museum project are from a kit of 120 unpainted figures. Figures can be purchased already painted, but are often very costly ($1 to $3 each). I prefer to purchase the unpainted, which come in several kits: trades people, passengers, drivers, pedestrians, etc. For this display I used the passers by/spectators kit from Preiser (590-16343; $24.99).

The process of painting the figures is fairly simple. There are several important points to be aware of: 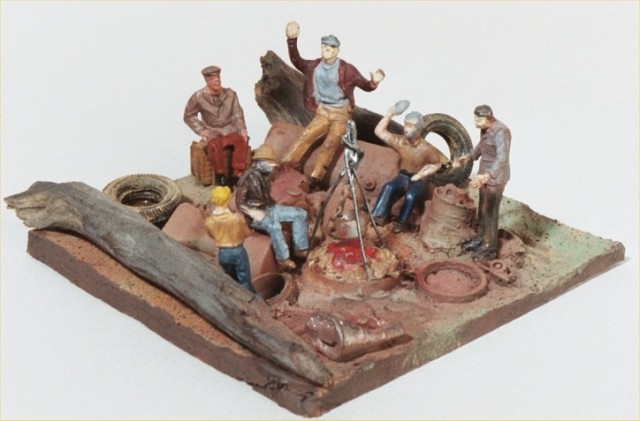 Before you can begin to paint you need the necessary tools. 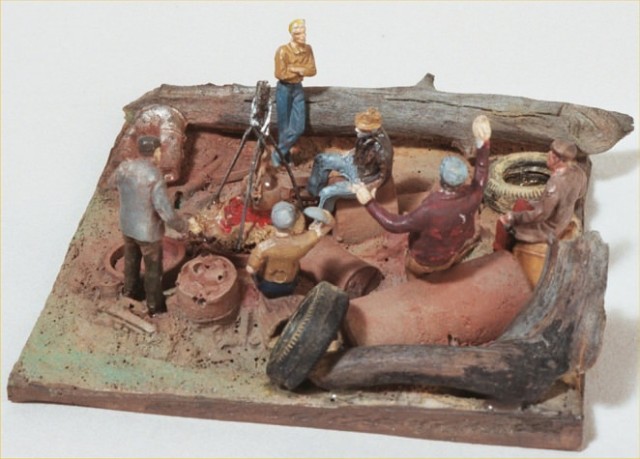 Another view of the HO scale painted figures diorama.

Initially this may seem like a very difficult project, but after a little practice it becomes very easy. I normally complete a 120-figure kit in six evenings.

About the Author
Richard Laux was a U.S. Naval veteran, a former fire fighter, and a long-time Gateway Division member. Rich built his model railroad in great detail, painting figures and setting scenes to delight his 11 grandchildren and celebrate his fire fighting days. With his wife Dorothy’s forbearance, the lower level of his home hosted a number of project layout building sessions. He passed away on December 27, 2011 at the age of 75.
Social Share

See all articles on Painting and Finishing