Anyone who has read the articles on modeling railroad yards in the Kibitzer may have noticed references to the El Dorado and El Reno. The eL and eL (the lower case “e” is intentional but still under discussion as a reporting mark) is a freelance model railroad, located in Arkansas, that my wife and I are building. I spent 8 days and drove about 2,000 miles in Arkansas looking at the prototype and planning the eL and eL. With the Region’s annual meeting taking place in Little Rock, this seems like a good opportunity to share some information about prototype railroading in Arkansas and how the prototype is shaping and influencing the eL and eL.

I grew up a railroad “brat.” My father worked for the Rock Island Railroad all his life. He began as clerk to the Superintendent in Kansas City and ended his career as Assistant Superintendent for Safety and Operating Rules in Chicago. He was a night trainmaster, trainmaster, assistant superintendent and superintendent in 8 different cities covering a period of about 9 years. I worked 5 summers for the Rock Island as a section hand, locomotive fireman (diesel) and switchman. With that background it would seem logical to model the CRI&P. I love the Rock Island but I don’t want to model it. I am not sufficiently motivated to build a railroad that is absolutely accurate and faithful to one particular road and one particular division or segment of that road. Over the years I have acquired a number of steam locomotives that appealed to me, but no railroad ever owned and operated all of those I have purchased. For example, there is a 2-6-6-2 that I bought years ago simply because it was “neat” but the Rock Island never owned one. At the same time I have acquired a lot of motive power (much of it thanks to Proto 2000) and rolling stock that is accurate for the Rock Island, and I want to operate Rock Island trains on my layout. Building a freelance layout will, in my opinion, allow me to have the best of two worlds. I can justify my odd purchases and run Rock Island equipment as well.

Another reason for the freelance decision is my wife’s involvement. I am fortunate to have someone to “play trains” with but she has her interests in the layout which are not always the same as mine. She especially likes Victorian era structures, and 1890s rolling stock. One of the things we have had to work out is a way to incorporate what she wants with what I want. We think we have worked out a solution. The eL and eL will have an excursion branch line (a la Durango to Silverton) which will allow us to build a small town with ornate structures and a depot, and it will operate well-maintained equipment that is not appropriate for the mainline operation of the eL and eL. In fact, I have offered the excursion route a very affordable long-term lease on the 2-6-6-2 to haul its best passenger service.

First, there are mountains. The eL and eL will run through Caddo Gap and the Caddo River valley which is in the heart of the Ouachita Mountains. However mountains alone don’t justify its creation. The more important reason is the mix of industry that exists in Arkansas. El Dorado, the southern terminus for the eL and eL is home to Lion Oil, and the whole area is a major oil producer. There are also two major chemical plants in El Dorado. This justifies lots of tank car movements. Lumber and paper is another major industry in the region (more tank cars, pulpwood flats, wood chip cars, and boxcars loaded with paper for the eL and eL to transport. (Wasn’t it thoughtful of Walthers to decide to produce a whole series of kits which will fit in perfectly?) Coal and bauxite are mined so the eL and eL will need hopper cars to serve those industries. They raise cattle and grow fruit on a commercial scale, so stockyards, a cannery, and associated industries will be needed along with stock cars and reefers.

My next trip to Arkansas will have to include a visit to Gentry, in northwestern Arkansas near the Oklahoma border. I just read a news article which makes reference to Gentry as an important fruit shipping point for apples and strawberries. It also mentions Allen Canning Co. as one of the largest independent canners in the U. S. Gentry is well north of the route for the eL and eL but that is one of the advantages of doing a freelance. If Gentry offers some real modeling potential, I will simply relocate the town. These industries and products all exist along the proposed route and there are other products from other regions of Arkansas. In the north east they grow cotton, rice, and other grains and with its link to the Rock Island I am sure the eL and eL will get a share of those commodities to move. I have mountains, a rich industry mix and there is a logical place for the excursion line. Near Mena, Arkansas, the northern end of the eL and eL, is Rich Mountain and on top of the mountain is Queen Wilhelmina State Park with a beautiful lodge which I am sure Venita will eventually decide to take on as a scratchbuilding project. Finally, Dad was trainmaster in El Dorado, Arkansas, and I have some good memories of that city. Taking all this into consideration, the eL and eL is born.

Designing and Revising the Route

The original route for the eL and eL was to be a north/south (drifting west) road from El Dorado to Danville, Arkansas. El Dorado was a division point on the Rock Island running south from Little Rock into Louisiana and Danville was located on the east/west Rock Island mainline from Memphis to El Reno. 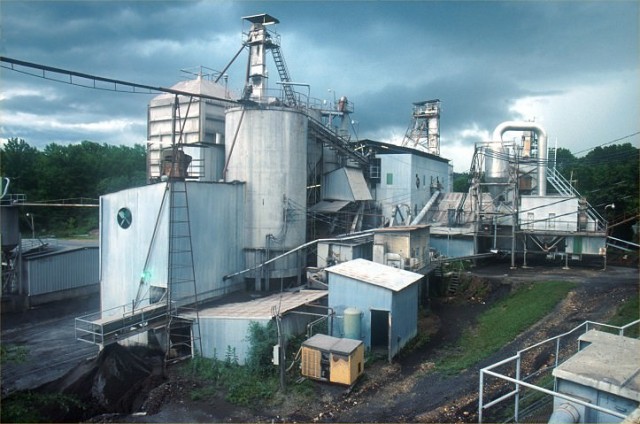 The concept was that the eL and eL would serve as a more direct route for the Rock Island moving freight from Louisiana to the west. The Rock Island would have track rights over the eL and eL and would in turn grant track rights to the eL and eL for the run to El Reno, Oklahoma. Everything west of Danville would be hidden staging since I don’t have space to build an empire. The eL and eL would interchange with the Rock Island in El Dorado, Camden, and Danville. That plan meant I could run Rock Island through freights, an occasional RI passenger and use the eL and eL to serve industries between El Dorado and Danville. Also, this area of Arkansas includes both the Ouachita and Ozark mountains which means I get the mountains I wanted. The excursion route could go to Hot Springs (providing another opportunity to interchange with the RI or it could continue north from Danville to Fort Smith and interchange with a number of railroads. The routing decision at this point was based on studying maps of the Rock Island’s routes, highway maps and a topographic map of the region. The route really appealed to me and I thought this was going to be it. That is until I got the chance to travel the route by car. At that point some things had to change.

When I made the trip to Arkansas I discovered that the Ouachita Mountains are the one and only range in the United States which run east and west. Going south out of Danville (towards El Dorado) the eL and eL would have to climb over, or tunnel through, three separate ridges of the Ouachitas. No company putting up money to build a railroad would ever have authorized that route. Climbing the ridges would mean horrendous grades, and tunneling through three major ridges would be massively expensive. Also, while the route offered really nice scenery, there was no reason for a railroad to exist. There were no mines, no industries, no towns and very little agriculture. Explaining why a railroad chose to cross three mountain ridges would be tough enough but explaining why they did it without any prospect for revenue would be impossible. This meant it was time to look at the maps again and see what other options existed. Over the course of the next two days I drove two other possible routes for the eL and eL holding firm to the original concept of a north/south route closely connected to the Rock Island. And I found a route that will work. In many ways it is even better than the original plan. The new route runs from El Dorado to Mena, Arkansas. Mena is on the Kansas City Southern and has a really nice KCS depot which has been fully restored by the town. The route still runs through Camden, Reader, the Caddo Gap, Glenwood and will terminate at Mena. It runs through the Caddo River valley which means the grades are much easier and the scenic opportunities are still good. It also adds another interchange opportunity by adding the Kansas City Southern into the picture.

If you are interested in more about freelance design and prototype influences, I will be doing clinics on this topic at both the Regional meet in Little Rock and the NMRA National in Madison. Those clinics will also explore things like the choices in motive power, railroad structure standardization, color schemes, route slogan, and lots of other issues that are all part of the process of designing a freelance railroad that looks and feels like it should have existed. The clinics will also include slides that show some of the places and industries that I have mentioned in this article.

Modeling From the Prototype - the Buffalo Creek & Gauley

See all articles on Layout Design and Construction