The Western Arkansas Railroad (the WAR) is a freelance railroad operating primarily in western Arkansas from Texarkana on the south end to Gateway on the north end. Several communities and the industries served are a result of the owner’s imagination. It all began in 2008, so it is very much a work in progress layout, attached to approximately 100 feet of finished basement walls, plus a couple 7 foot peninsulas. It is basically a point to point operation, with a double track main in dog bone fashion.

At present the locomotive power is marked Arkansas & Missouri with a loaner from the Wabash, but eventually will be repainted in the WAR Royal Blue & White scheme. The St. Louis Southwestern RR (Cotton Belt) is an operating partner of the WAR and serves the industries on about half the layout, while the A&M handles the other half. A Frisco mixed freight and a Katy passenger train also make visits during operations.

Industry structures and other details are constantly being added. Scheduled operating sessions are for a group of fellow members, as well as an occasional session by invitation. 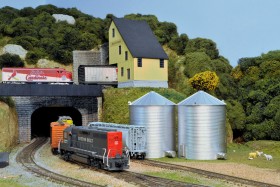 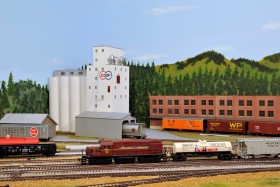 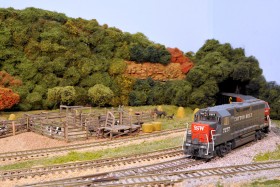 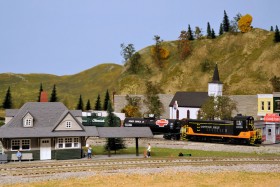 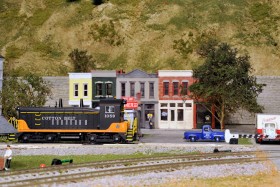 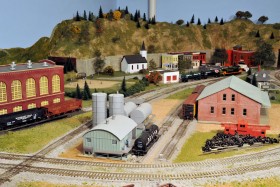 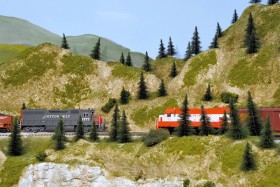 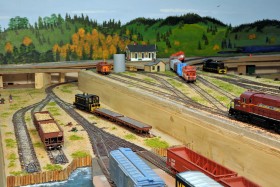 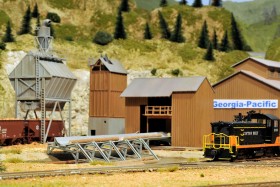 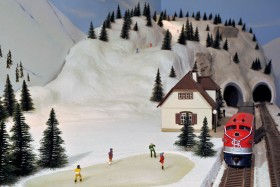 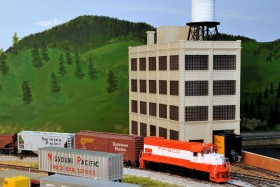 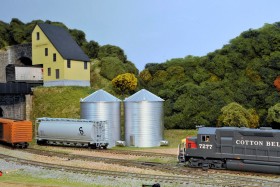 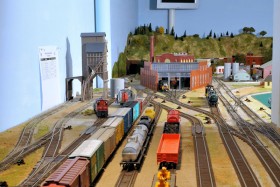