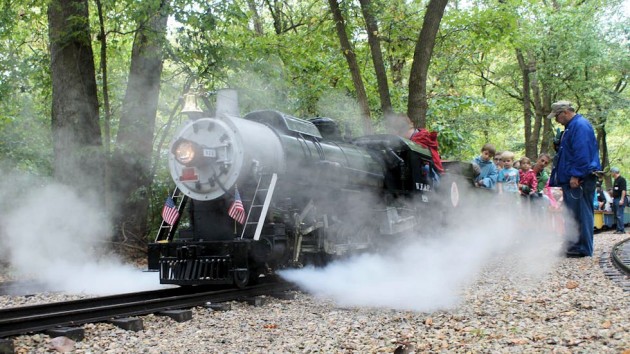 Well, it finally happened. After 5 years of nice weather the rain came, and what perfect timing, right when people were being served food. Fortunately it was a light to heavy drizzle at times but no downpour and went away after a while. But our servers persevered, some with umbrellas, and people were patient. The steam locomotive rides went on, the food and drinks were plentiful and the scenery along the Meramec River was beautiful. Some new train friends were made. But most of all people had fun in spite of the rain.

This year 106 members, families and guests from both groups attended, along with an additional nine WF&P crewmembers. The WF&P crew were very gracious hosts and they enjoyed having us there as much as we enjoyed being there.

A number of members of the Gateway Division and the St. Louis Chapter donated a large amount of attendance prizes this year. Thanks to all. Everyone got a chance to win something.