Stories From a Railfan’s Wife

Brenda Stout
by
Comments are off 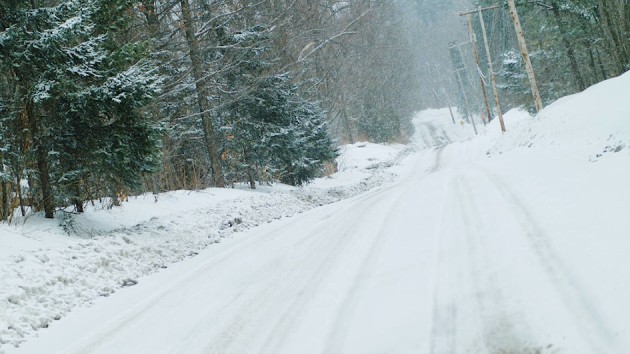 Tim and I could barely stay awake as we drove home from Springfield through the snow storm Friday night. But we made it home by 10:30, guess we’re getting old. I sleepily went out to the barn to feed my horse while Tim unloaded the car. As I trudged back to the house, I heard a great commotion near the railroad tracks. When I realized what was happening, I suddenly wasn’t sleepy any longer. I hurried inside and told Tim to grab a tow rope and scrape the snow off the old pickup while I called the railroad. (I happen have Union Pacific’s direct line in my address book, since I call them whenever the signals malfunction). I breathlessly told the agent that some kids were playing in the snow and had their vehicle stuck on the tracks. The agent calmly told me he would halt rail traffic. Visions of dollar bills flashed through my mind. Seems a kid had just bought an old Ford Ranger and wanted to test it out in the snow with his buddies. He didn’t have a license, title, or insurance on it yet. Now the truck, with four flat tires, was wedged between the rails of the Union Pacific/Burlington Northern switch. As my husband and neighbor worked to pull the truck off the tracks, the policeman just shook his head in disgust. We learned several things; Ford Rangers weigh more than you think, but five guys can lift the back end, ballast covered with snow doesn’t have good traction, the rails are taller than a Ford Ranger’s undercarriage, and shorting the rails with the undercarriage of a vehicle really does make the signals turn red. 3½ hours later, snug in our bed, we finally heard the sweet sound of a train passing by.

A few years ago my husband was going through a mid-life crisis. He was acting like a kid again. He talked about buying a corvette. I encouraged him to attend NMRA meetings instead. He came home from the first meeting talking about all the interesting people he met. Before long, he was going to multiple meetings and he joined a local train club. He was gone two or three times a week. Well, he could be doing something far more dangerous than playing with trains, and I was pretty sure he wouldn’t meet another woman at a train meeting.

Over the last few years we have met a lot of wonderful railroad people, people who give their time to help their fellows. We’ve had help with taking pictures, building the new layout, troubleshooting a broken line and installing engine upgrades. Superintendent is going to take a lot of Tim’s time, but he will enjoy it and ultimately get more back than he puts in. For those of you who read the RPO, and think about attending a meeting sometime, now is the time. One thing I have learned about life and model railroading, you get out of it what you put into it.

About the Author
Brenda Masters-Stout is a CPA married to a train buff. She and her husband are currently working on the design for his bigger, better layout. Twenty years ago, as she impatiently waited by the railroad crossing, locomotives were noisy, smelly, rusty hunks of metal that caused her to be late for school. Now they are musical, powerful, shining examples of human ingenuity that cause her to be late for work.
Social Share