The HO scale Silver Valley Lines, the “Route of the Vitis Vinifera” (Route of the Nobel Grapes), is a joint effort of this husband and wife team.

Joyce’s area of the layout, along a wall and around a corner, was originally planned as strictly farming. She then decided on a winery and associated vineyard theme for the area in addition to the farm. The vineyard was modeled in a unique manner. Stained wooden railroad ties were cut to a length appropriate for the stakes and black thread was stretched and glued to the stakes. Next, polyfiber was added to the stakes along with green clump foliage to create the appearance of foliage covered vines. Finally, Joyce mixed paints to develop a purple grape color. After applying small dabs of paint, the grapes emerged. Joyce’s creativity produced a very realistic crop of grapes.

David created mountains along a wall and into and over a curve. His first step was to develop a construction technique that would not strain his back. He decided to assemble the mountain forms from two-inch thick pink insulation foamboard glued together in steps at the workbench. He also recognized that, due to their size, the mountains would need to be assembled from substructures which could be moved to the layout one piece at a time. The mountains would be assembled and disassembled time after time and had to fit exactly. David’s answer to this problem was a series of keys that, when engaged, would ensure a perfect fit. Rock formations were added by carving or gluing rock castings to the foamboard.

The layout fills a 14’x22′ space with a 20’x2′ staging area. There are three distinct areas on this layout. The first area contains a town with lots of light industry and warehousing. These industries need two incoming trains per day, split between loads and empties. The industrial area features a large refinery plus several other large factories along with a number of small firms that require access to the railroad. The last area has farming, the vineyard, and a grain elevator.

The layout was designed to use DC power and a series of throttles. A GML DC system with two walk-around throttles with memory provide the principal control for the main lines. The major switching areas are controlled with tethered throttles driven by MRC power packs. Dave requires six to seven operators for a full operating session. 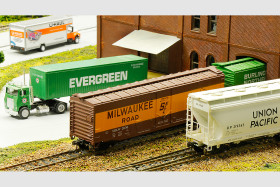 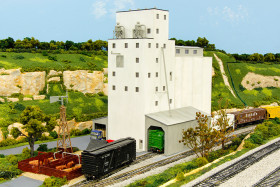 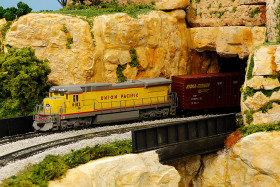 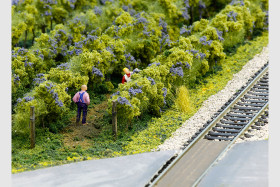 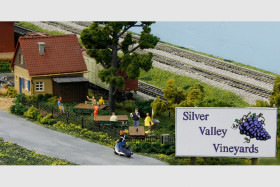 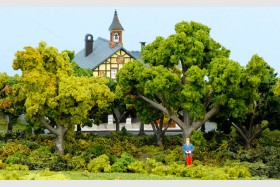 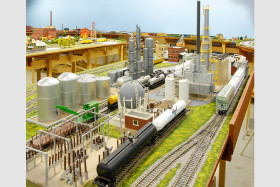 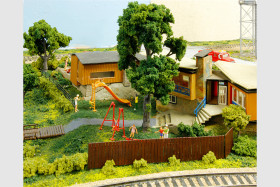 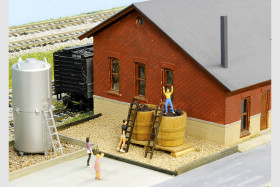 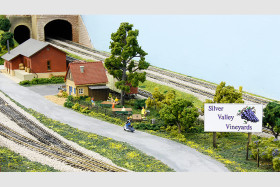 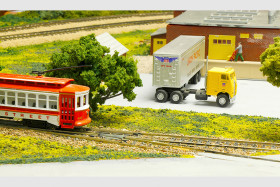 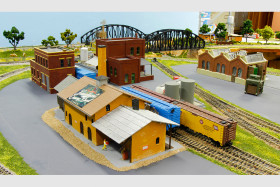 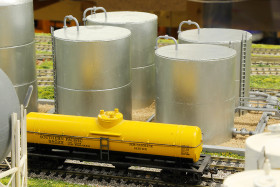 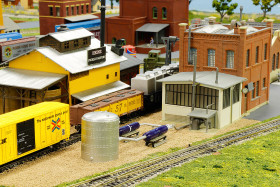 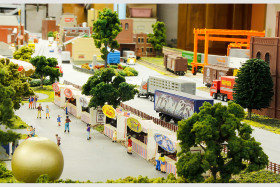 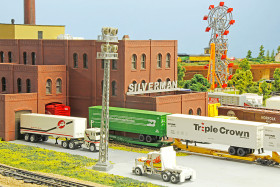 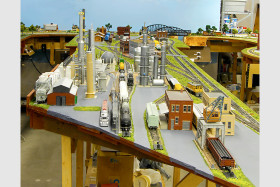 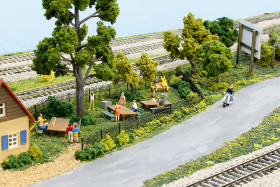 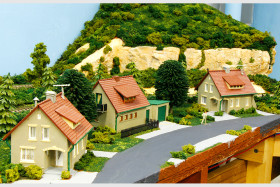 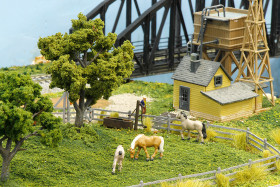 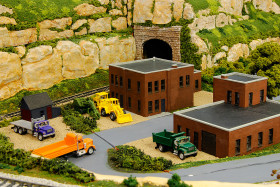 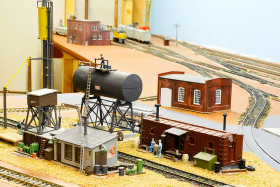 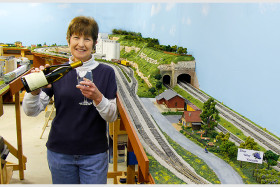 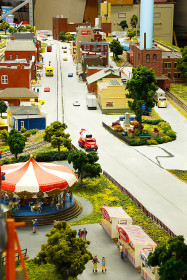 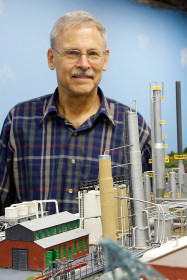