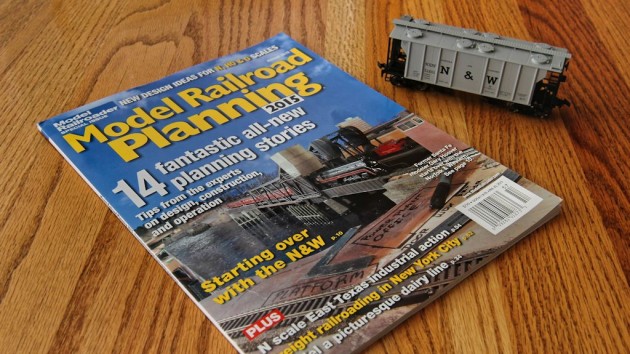 St. Louis modeler and photographer Gary Hoover is nationally known for his beautiful model railroads and amazing model photography skills. He is currently in the third major rebuild of his 24’x49′ basement model railroad, and the design goals and philosophy, new track plan, and his model recreations of a number of classic O. Winston Link railroad photos is the featured article in the latest issue of Model Railroad Planning 2015. The cover photo is his model of the eastbound Powhatan Arrow crossing the Elizabeth River Bridge.

The new 1950s-era Norfolk & Western layout replaces his August 29, 1951-era Santa Fe model railroad. That layout previously replaced a freelanced Missouri, Kansas & Quincy model railroad. In the article, Gary explains the inspiration behind his choice to model the Norfolk & Western, the reason for the wider era than the previous Santa Fe layout, his choice of a season and how it impacts scenery construction, and the decision on adding a branchline and scenes featuring the Virginian. This layout is his first with an upper deck (for the branchline) and he explains and shows the construction of that deck using heavy-duty shelf brackets and extruded-foam insulation foamboard. During construction, Gary was able to maintain continuous operation by dismantling his old layout in sections while the new layout was built.

Gary’s layout was on tour during the 2012 NMRA Mid-Continent Region convention and visitors were able to experience the transition from Santa Fe to Norfolk & Western in person. The following photos were taken during that layout tour. 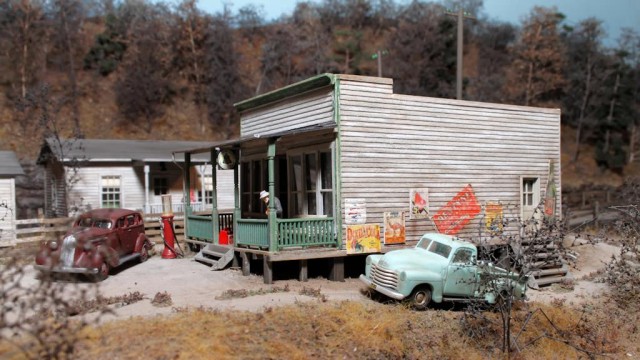 Company store on the branchline. 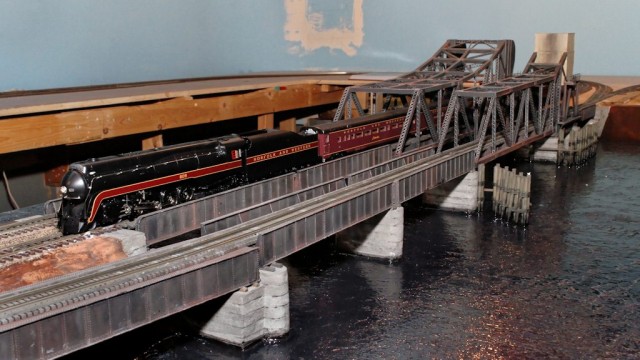 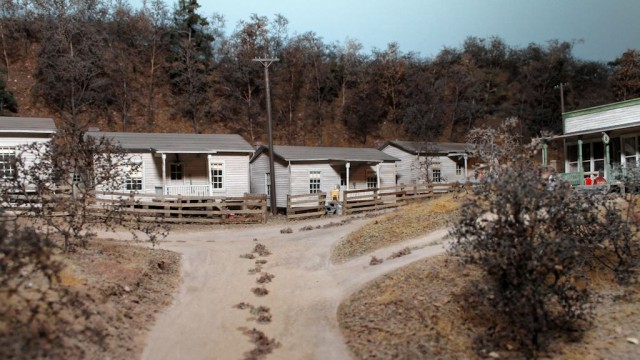 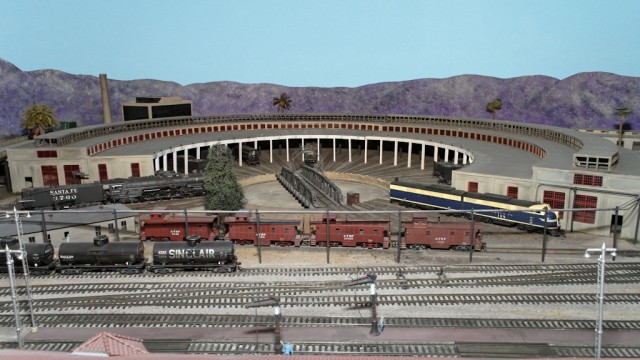