Rick got an early start in model railroading when his Dad set up his Lionel trains every Christmas. After several years, Rick’s Dad brought home an HO train set and Rick got the bug. School and marriage put his train plans on hold, but when he found someone with an HO layout for sale he was railroading again!

Today his layout (circa 1935-1965) has grown to 24’x13′ and uses DC power packs for train control. While Rick does not model a specific prototype railroad, Southern Pacific power dominates. The balance of the roster is filled with a few Union Pacific and Frisco units. This railroad uses a double track folded dog-bone track plan which supports two continuously running trains.

Rick enjoys working with electronics and has incorporated some special features into his layout. He has designed a circuit that monitors the position of the turnout points to display a red signal if the points are diverging (sending the oncoming train into a siding). He has also developed circuits that control the lights and bells at road crossings. Finally, he has installed several units that produce realistic sounds near a farm, coal mine, and an industrial complex.

The layout features five towns, four of which are named for each of his four children and the last one is named for his favorite dog. Rick’s layout begins with a prairie and builds to the Rocky Mountains. He has constructed his mountains with builder’s foam insulation board, which is lightweight and ideal for this application. Rick first builds the rough shape and then covers it with plaster and rock castings. The tracks for his Northern & Western Railroad access the mountains via eight tunnels and six bridges. Since Rick’s favorite modeling activity is building scenery, he has modeled a large canyon in the mountains. This is his favorite scenic element. 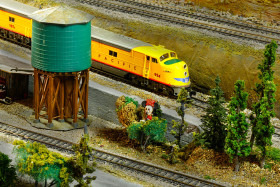 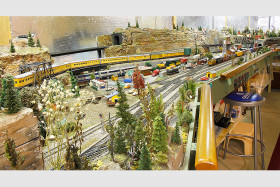 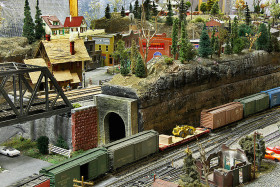 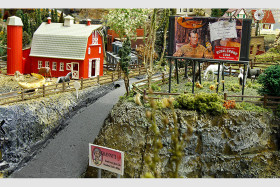 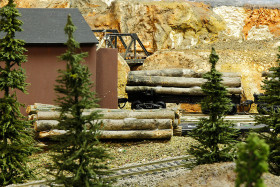 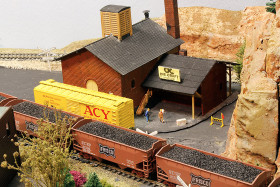 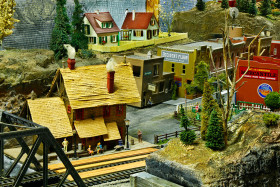 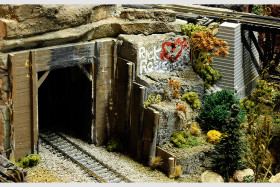 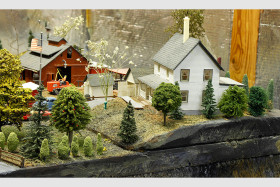 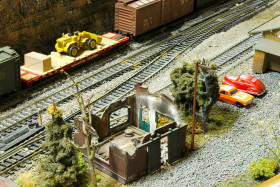 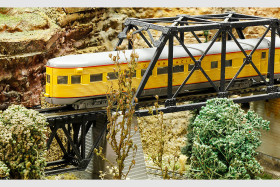 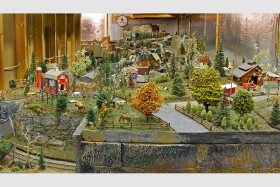 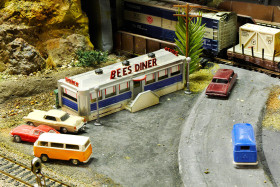 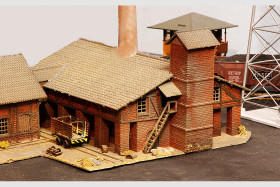 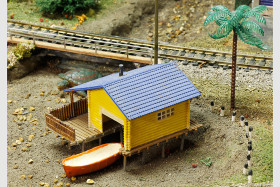 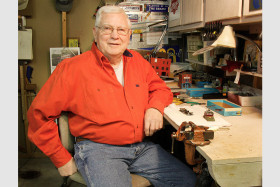 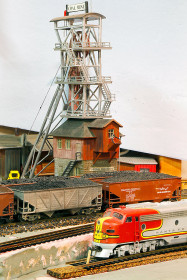