Railfanning Eureka in The Snow

Went to Eureka (only about 15 minutes from home on I-44) looking for snow pictures. Not much snow, and what there was, was dirty snow. Here are four shots from the trip. A good afternoon at Eureka. Enjoy. 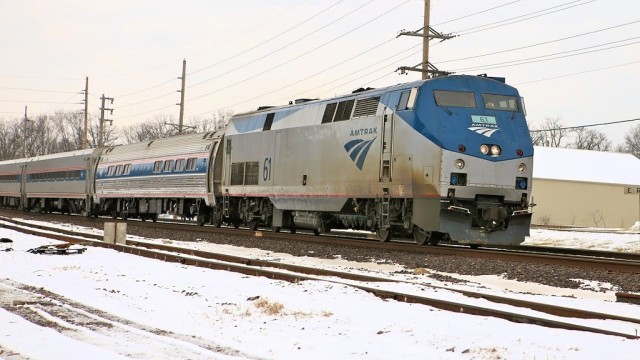 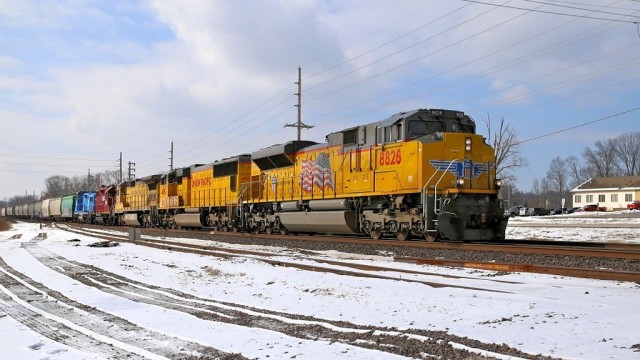 Union Pacific eastbound mixed freight. This the old Missouri Pacific line, and the same rails I’ve been shooting the past couple of weeks, just three or four miles east. This is at MP 28. 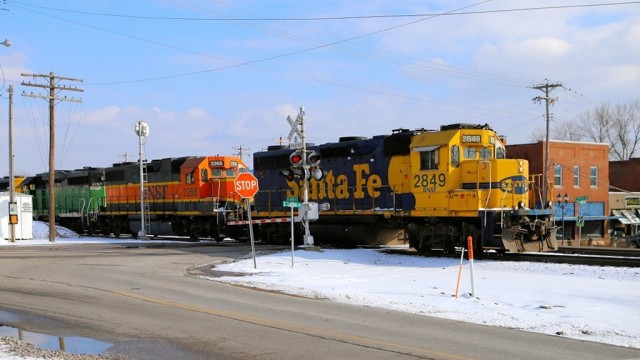 Right behind (180 degrees) the location of the previous two photos is the BNSF line to Springfield. This is the former Frisco. Here is the local; it had four engines and two covered hoppers. It does make for a colorful lash-up. 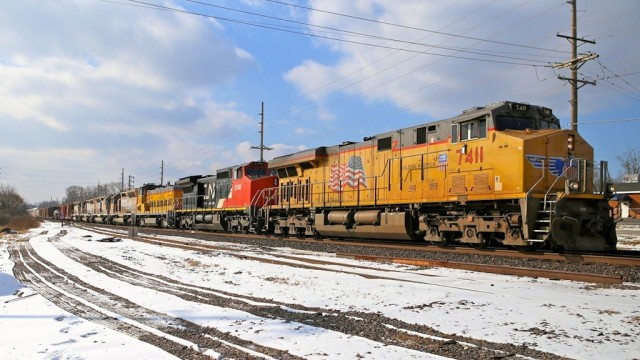 Finally, another mixed freight headed east. This is interesting for a couple of reasons: the mixture of power (note the CN running in the second position, and behind that are at least four former Southern Pacific power units with the original logo painted out. The second interesting item (to me, at least) is the fact this is the second mixed freight in an hour on a line that runs more than 30 coal trains a day among its average of 35 daily trains.