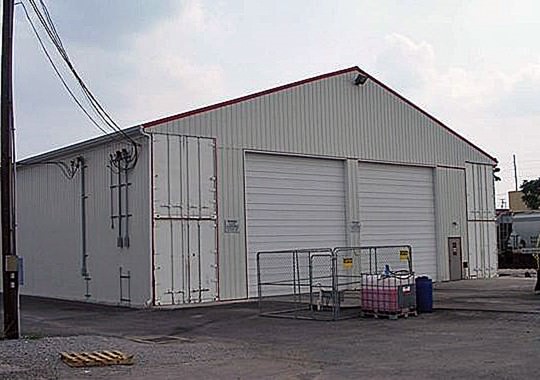 Using containers for the sides of a small engine house may seem a little off key, but the prototype of such a facility can be found in the yard at the R.J. Corman headquarters in Lexington, Kentucky. When friend and resident of Lexington, Allan Silverberg, sent me the photographs, I knew there had to be a similar structure on the Paducah & Lake Erie (P&LE) Railroad in my basement. 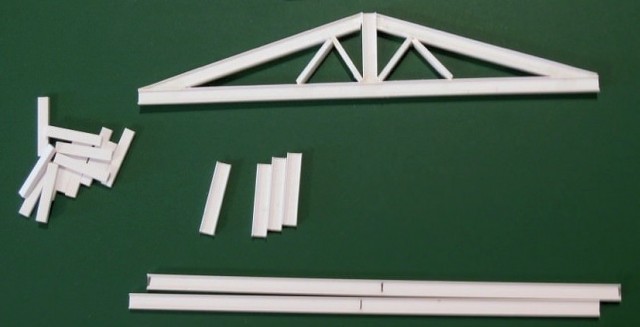 I made my own trusses out of styrene strips.

Changes I am making include it being single stall instead of two as in the prototype, and theoretically not as well equipped. The model will also not be as long. Close-up views of the Corman engine house reveal a real ceiling – mine will have open rafters – and siding covering the sides of the containers – the building on the P&LE will be sans siding (why use containers if you are going to cover them). 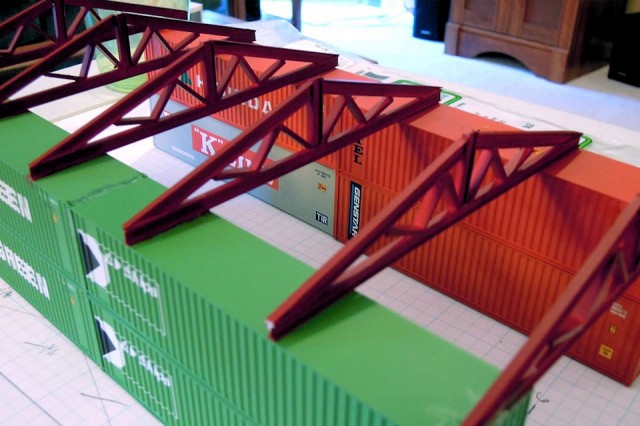 Starting to come together with the containers.

Planning started by deciding how to condense the building. After some consideration of space, the fact that the P&LE is a “smaller and poorer” railroad than the Corman operation, and my own limited modeling abilities, I determined it will be two containers high as in the prototype, but only two containers long, providing space for one engine at a time. 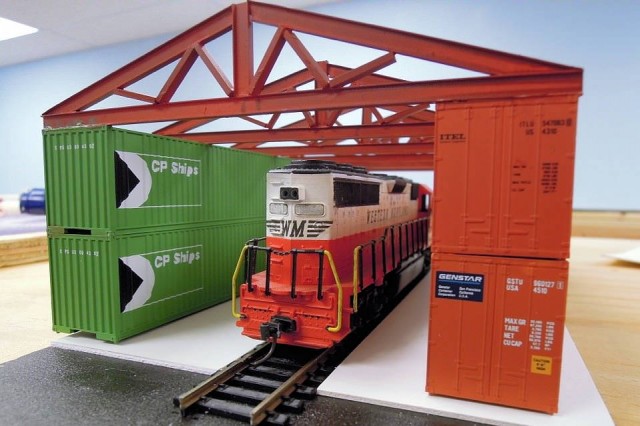 With an engine to test for “fit.”

It will have, as stated before, open rafters, and a metal roof. There will be doors cut into each of the four lower containers, and lights will be installed. Lights will be Minitronics 16V micro-bulb incandescent lights – I like the incandescent look for shop lights, and 16V will let me wire them right to the track bus with no resistors or anything.

With the doors to areas inside the containers; the styrene floor has been weathered to look like concrete.

As part of the planning, I stacked the containers as they will be in the structure and checked the clearances, both height and sides. Next steps are cutting in the interior doors on the containers, building and setting the rafters, which are made from styrene, installing the lights, adding a minimum of interior detail, and completing the metal roof, also styrene. Finishing touches will be provided with small detail parts – electrical boxes, meters, etc. – on the structure’s exterior.