Gene Coffman
by
Comments are off

A year ago we visited the Roundhouse Railroad Museum in Savannah, Georgia. The thirteen original structures remaining mark what was the immense repair facility of the Central Georgia Railway constructed between 1850 and 1860. Surviving are the roundhouse, turntable, repair shops, freight house, 126’ brick smokestack, passenger station, and stationary steam engines. The grounds spread over about 5 city blocks and remain the largest and oldest 19th century operating railroad complex in the U.S. Much of the area is designated a National Historic Landmark and is adjacent to the Georgia History Museum. 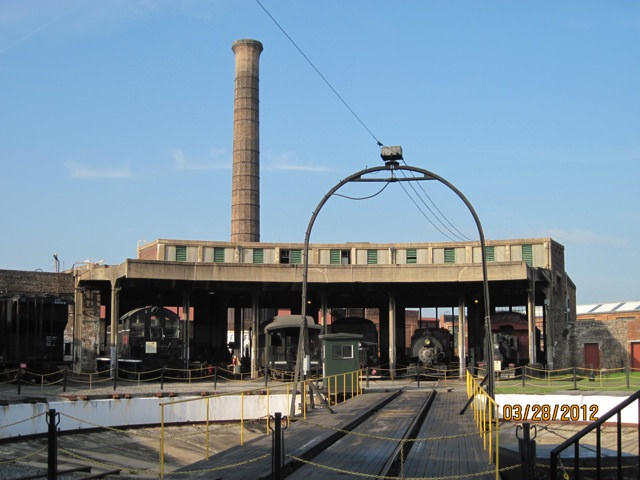 Over the years, the 85’ turntable and roundhouse were twice increased in diameter to mirror the increasing size of locomotives. The concrete seams on the foundations mark this growth and are reminiscent of growth rings on a tree. Most areas are open to the public and provide some insight into the maintenance required on a large fleet of steam locomotives. The roundhouse contains ornate brick and iron work and at one time was a full 360 degrees but now only about a fourth of that remains. During later periods of nonuse, the missing sections of the roundhouse were looted for the rare and sought-after “Savannah gray bricks.” These bricks were cast by slaves on a nearby plantation until the gray clay deposit was exhausted. No other suitable source has ever been found for such bricks. 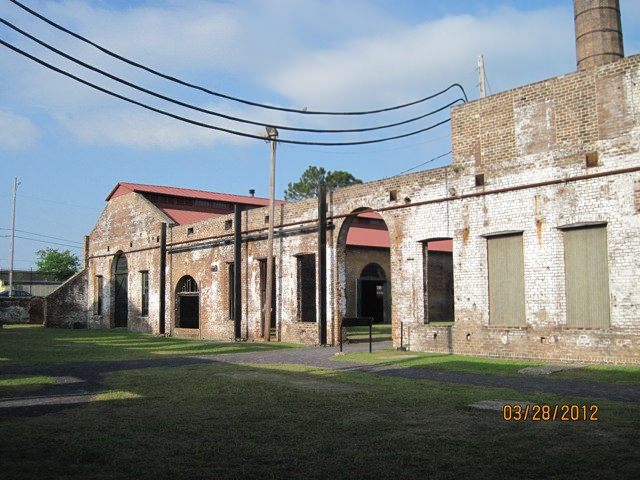 Outside walls of repair complex illustrating the “Savannah gray brick.” 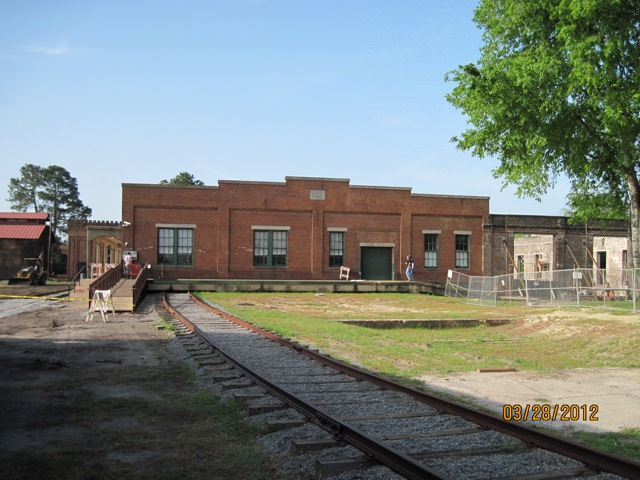 The repair shops still contain huge machines with nameplates dating them as early as 1852. Stationary steam engines provided energy for the iron forging and forming machines as well a propelling the turntable. A short but memorable train ride on the grounds began at the roundhouse and included a short spin on the turntable. The Museum rotates their three working steam locomotives for this duty and we drew a small industrial stream engine. The tour included access to refurbished executive and dining cars, coaches and a baggage car. We experienced little waiting on our off-season visit and the staff seemed to offer genuine Southern hospitality. 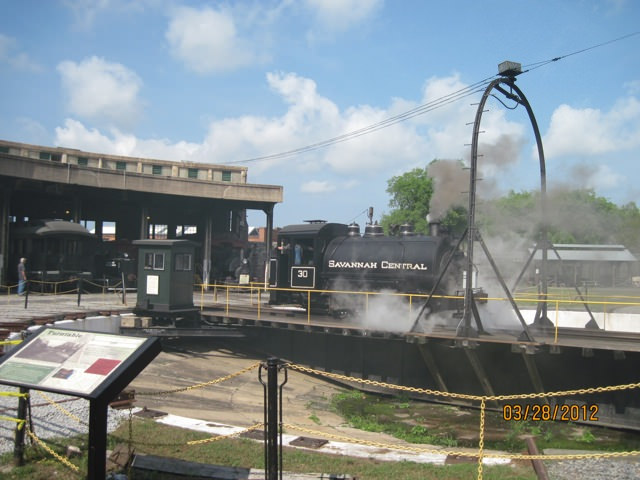 One of three working steamers. 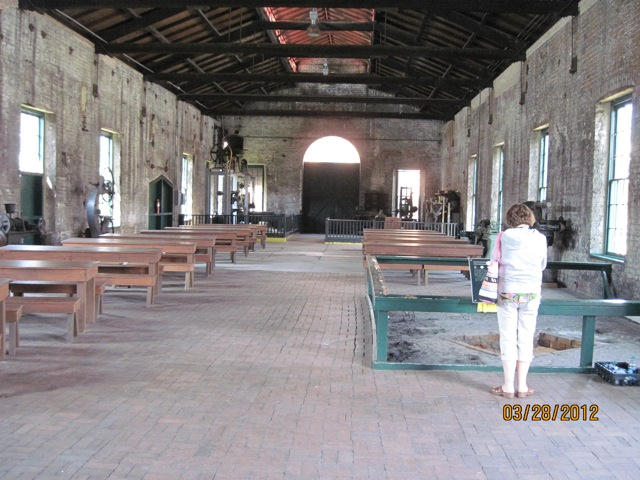 Machine shop displaying old machine tools and a floor model of the complex.

From a historical perspective, railroads were active in Georgia from the 1830s. By the late 1800s, Georgia could boast more rail miles than any other Deep South state. Dozens of Georgia rail lines were reduced through mergers, acquisitions, and abandonments during the long decline of railroads after WWII. The Savannah Repair Shops were closed in 1963 after acquisition of the Central Georgia by Southern Railways. 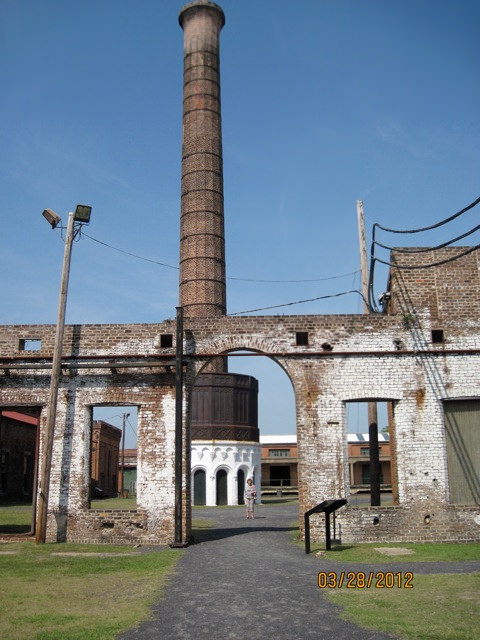 Ornate 126′ smokestack with surviving building walls of the Central of Georgia RR complex in Savannah, Georgia.