I started with a control tower and speeder shed I’ve had installed for some time. The scene is nice but it lacked anything to draw the eye to it. I looked at the area for about 3 months before doing anything, trying to decide what I wanted to do. I try to make the scenes look as believable as I can and as if there is something going on in the scene. 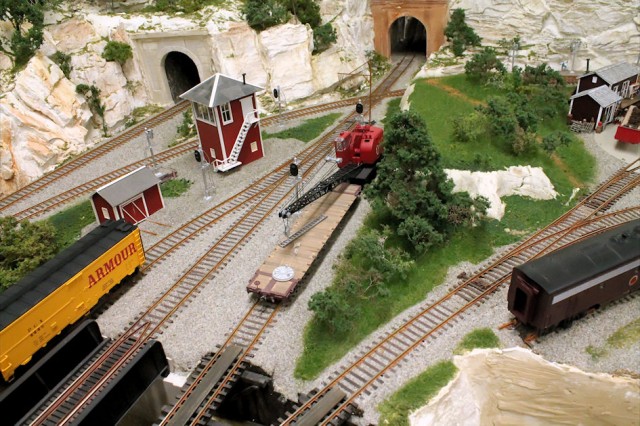 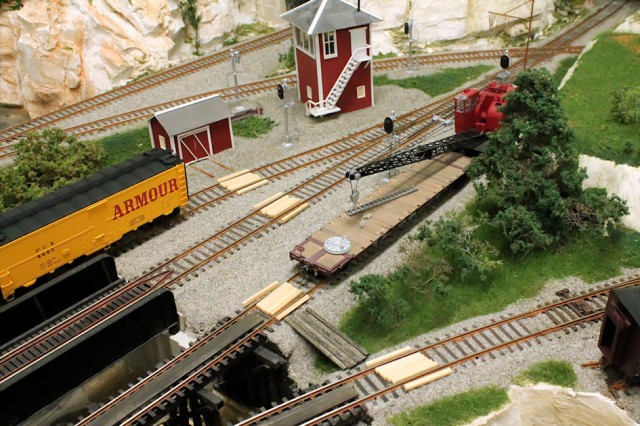 Next I went looking for items to detail the scene in the detail box and the junk box i.e. speeder, people, tools, junk, benches, chair, drums, welding tanks, and anything else I thought might work. I started by putting in the walk ways and the bridge and painting the unpainted items while the glue dried. The path between the railroad crossings was graveled in to form a level path between the crossings. The raw wood was stained with mixtures of various proportions alcohol and black shoe polish. 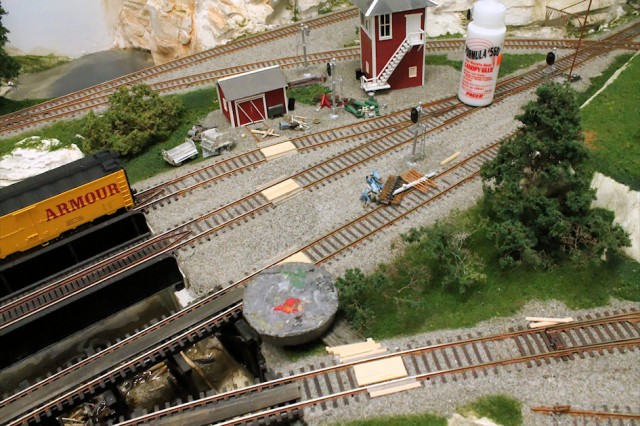 With the walk ways in I started putting in the rest of the people and material trying it out in different places to see how it looked. I settled on putting the trash piles and burn barrel to the left of the speeder shed rather than between or behind the shed and control tower so it could be seen and was convenient for work crew to throw junk in when they returned from working. 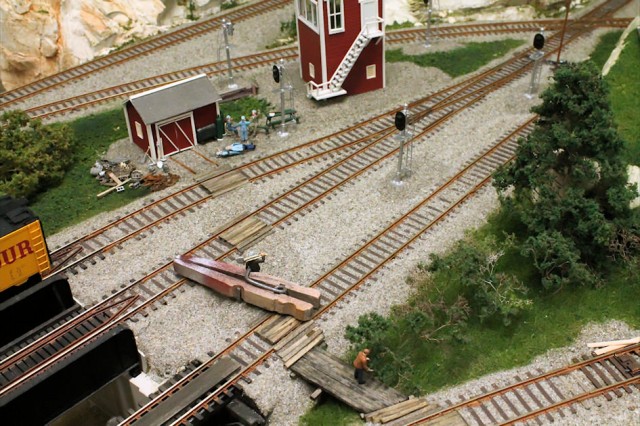 With figures I try to get them to appear to be doing something when I put them in place. The two figures by the speeder appear to be talking about the speeder and the three in on the bench and chair could be talking about the upcoming day’s work or the bar they are planning on going to after their shift. The guy on the path with the shovel could be the last guy to work or the first one for the next shift. The one on the bridge is tired of fighting the tree limbs hanging over the bridge and is going to trim them. The figure at the top of the control tower steps is watching to make sure the three railfans on the hill stay out of trouble. 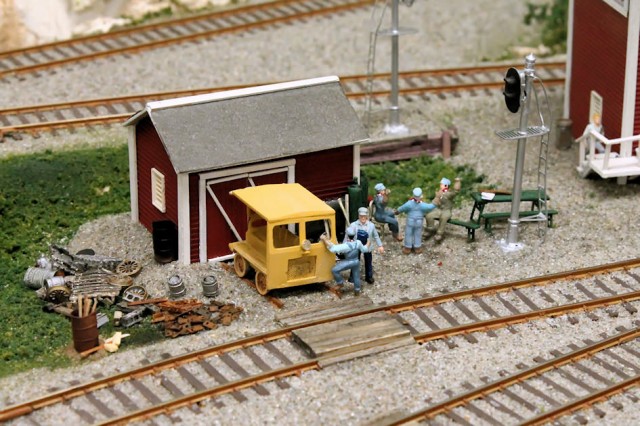 I feel that the new details improve the scene and draw your eye into the scene that the original scene didn’t. 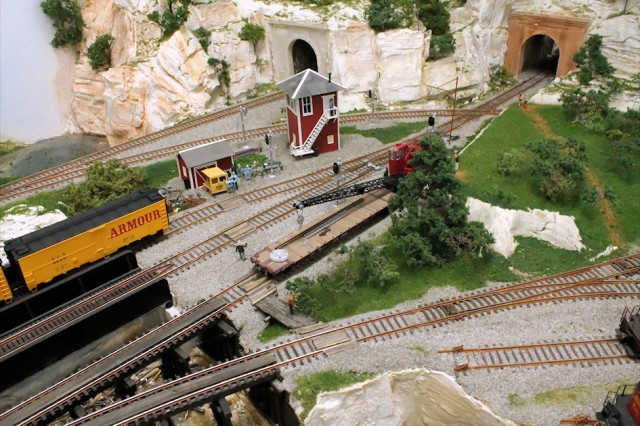 About the Author
Gregor Moe has been in model railroading since grade school, getting started by helping on his dad's layout. He enjoys building and detailing models. His current layout is a combination of a private road name and Chicago Great Western. Gregor also enjoys operations, operating on several area layouts, and hosts a monthly operating session on his layout.
Social Share
One Comment