Jeremy Janzen
by
Comments are off 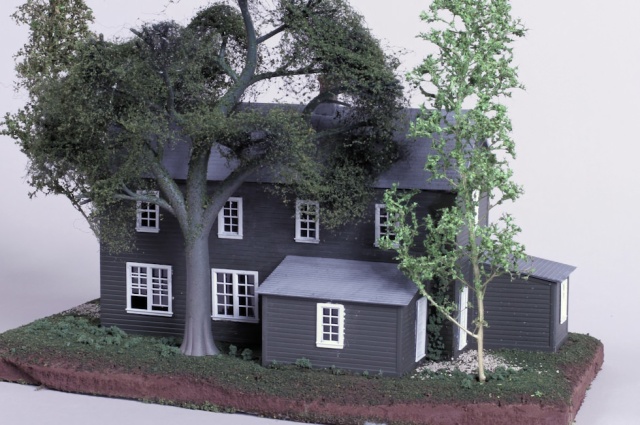 This model is a typical Kansas two-story farm house to go on the layout that I am building with my dad. I decided to use one front wall, one back wall and 2 side walls from two of the lean-to kits for each end of the house. I cut off the triangle top of the front and back walls and glued the lean to walls in between the front wall and the triangle top piece. I repeated this with the back wall. The sides were cut from Evergreen styrene 2080 V groove. The windows are from a Tichy Door and Window assortment which matched the style of the Grant Line windows. After marking the locations of the windows, I cut them out using an Exacto knife and a straight edge, filing the openings until the windows fit. I then glued the wall sections together without the windows. An addition was added to the side with the remaining lean-to wall and I added a smaller addition to the back of the house with some parts from the outhouse. I added some styrene sticks as braces inside just below the roof line and one at the top of the building running the length of the building to support the roof. 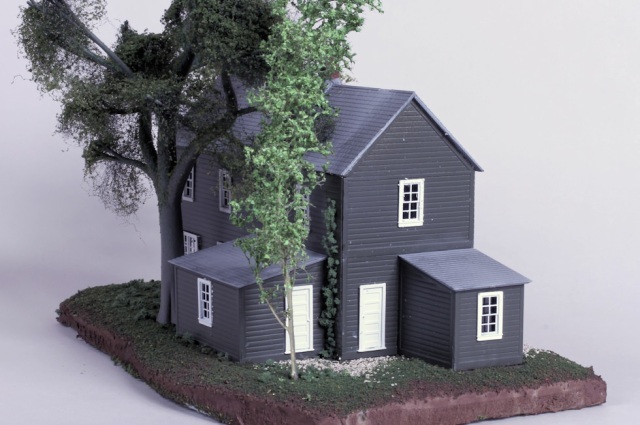 I then primed the building with white spray paint. After the paint had dried I painted the building with Rusteolem Camouflage Green paint. The windows and doors were painted with white spray paint. After all the parts were dry, I added the windows and doors to the building. Then I glued in the glass using the clear styrene in the kit and Micro scale Crystal Klear to adhere it to the windows. One of the large windows on the side of the house is partially open so I had to cut the styrene to accommodate it. The roof was made from four pieces of main roofs from the kit with two of them cut to fit. A chimney from the kit was added on top. The roof was sprayed with Valsper grey primer. The chimney was brush painted with Delta Creamcoat burnt sienna craft paint. 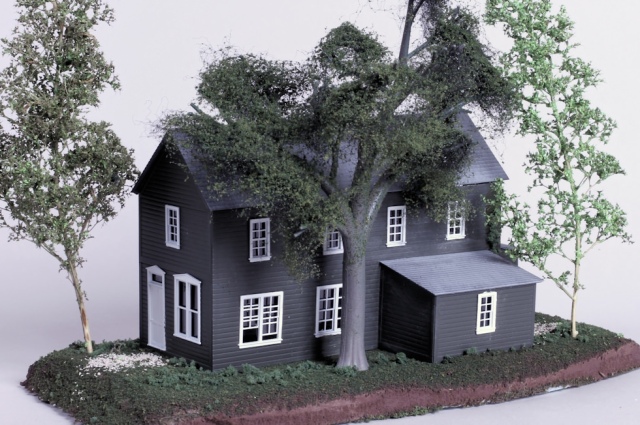 Once dry, the roof was weathered with Pan Pastel pastels – black, dark umber, and a light grey using their small applicators, followed with a large applicator to smooth out the colors. The large applicator was also used to lightly brush some light grey on the walls. I then made a base of blue Styrofoam and painted it with brown craft paint. While the paint was wet, I covered it with Woodland Scenics earth blend and green blend. Some Woodland Scenics fine light grey ballast was sprinkled on for the sidewalks and some Scenic Express ground foam was sprinkled around for some heavier grass. I then lightly sprayed the base with 70% rubbing alcohol and used a small bottle to wet the scenery down with thinned white glue. The house was then pushed down into the base. Two scenic express super trees and a large tree from an Accurail tree kit were planted along with a vine running up the side of the house by the side addition.