Kitbash the Belleville Radium Mine 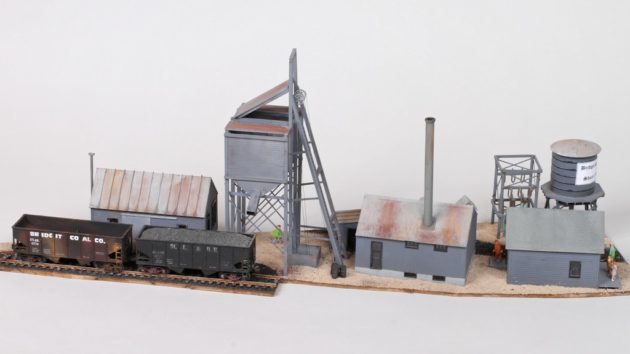 Photos by Richard Schumacher
This article has been updated with new photos of this diorama taken at the 2016 Gateway NMRA model contest.

I based this model on a photograph on the internet of the Radium Mine located on the south side of Belleville. I constructed the supply shed first by cutting two side walls and splicing them together. I added a front wall and cut the back wall to serve as the remaining sides, cutting the peak off the piece added to the back.

This structure nestles against the backdrop, so the remaining portion of the back wall along with part of the left wall was blanked with sheet styrene after adding a roof using Evergreen metal roofing. I cut the sliding door from styrene siding and added the track using strip styrene. I added a dock using two front porches and raised the entire structure on posts cut from styrene tubing. The steps are by Central Valley while the stack is from the Grandt Line feed store. 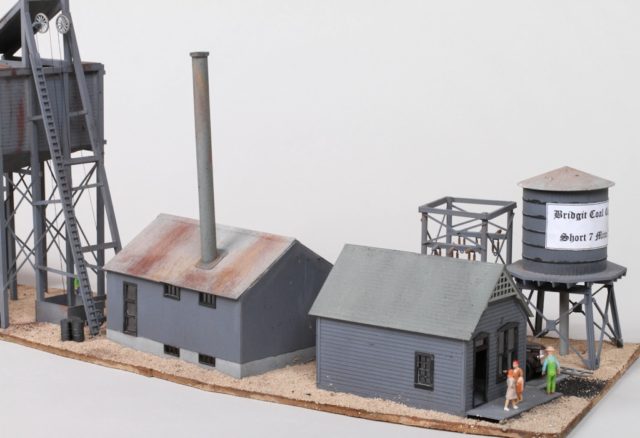 Since I already had a mine with an enclosed head hoist, I opted to scratch-build this hoist using Evergreen strip and sheet styrene. The pulley wheels were scavenged from a Walther’s coal conveyor kit. I built the boiler house using a Grandt Line Feed Store by substituting a blank wall cut from Evergreen metal siding for the façade. The lean-to from one of the small houses attached to the boiler house serves as the hoist shed. I added a stack from the Gruesome Casket kit. 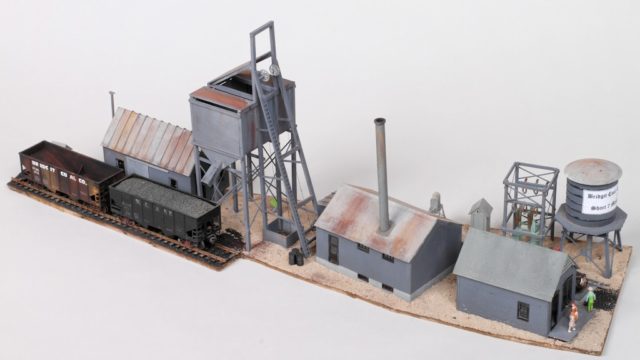 The mine office is a basic Grandt Line small house constructed per the instructions to which I added the scale from the feed store. I added a Walther’s water tower, Design Preservation fuel tank, parts of an Atlas substation, and a pair of outhouses. I used Woodland Scenics ballasts for gravel and ballast. Unpainted Preiser figures, a pair of custom lettered Accurail hoppers, and a truck from Mini Metals complete the scene along with various details from the parts box. 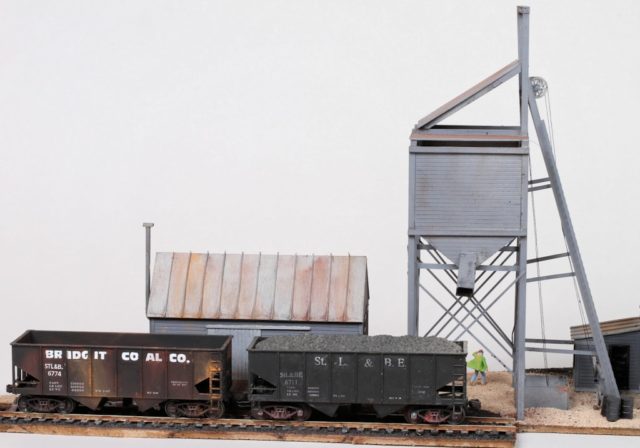 I sprayed everything a base coat of gray and then added various shades of gray and black. I added a sign printed from Microsoft Word on paper. The name of the mine is a reference to Snow White and the Seven Dwarves. Weathering consists of Bragdon powders along with acrylic paints. I tried to make the scene as drab as possible with only the people, truck, and weathering providing color. 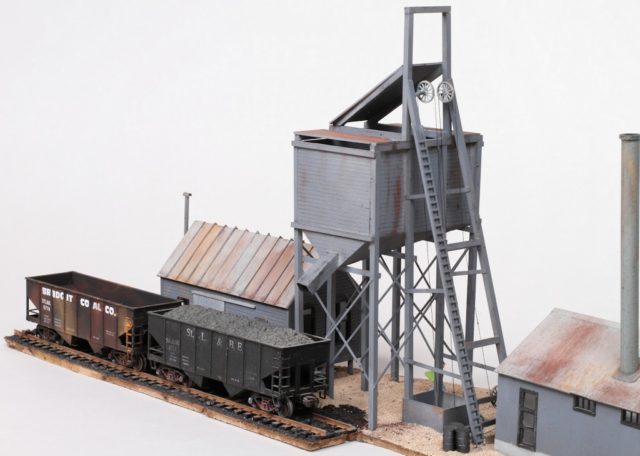